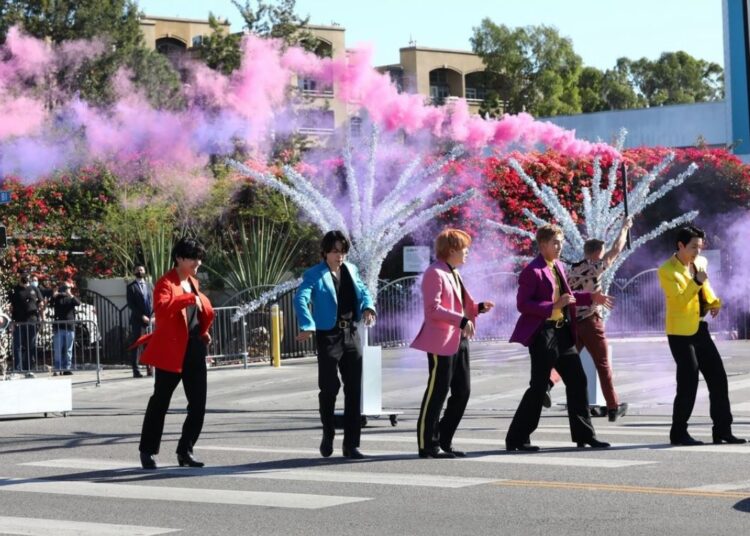 BTS has unexpectedly held a performance on the streets of Los Angeles for the popular American television show “The Late Late Show with James Corden.”

According to the CBS broadcaster’s program, BTS, which is currently in Los Angeles to hold a series of live concerts after two years, appeared on the streets near CBS Television City, a studio complex of television, and surprised dancing to their hit “Butter“.

The program “The Late Late Show with James Corden” announced, on its official Twitter account, that BTS‘ surprise concert at the crosswalk will be broadcast on the program this Wednesday at 0:37 a.m. (local time).

You could also be interested in: BTS’ military service may have enlistment exemption.

In addition, BTS will be doing an in-person interview on the hour-long show and a performance of their recent hit “Permission to Dance.”