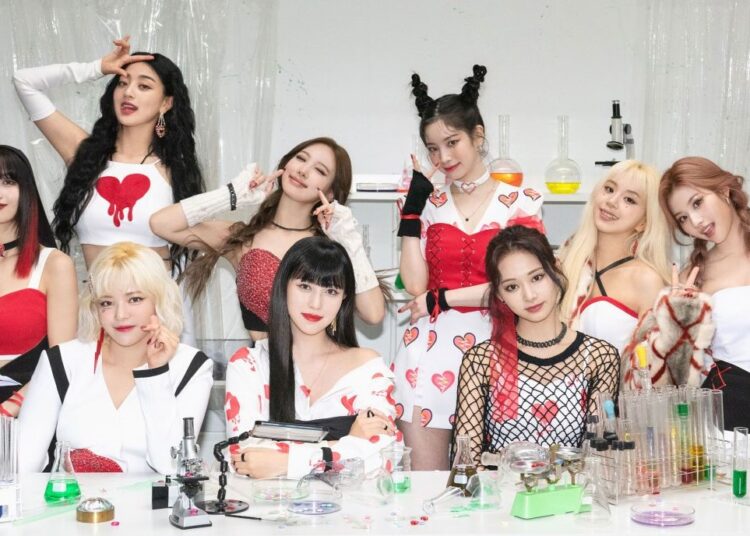 The new era of TWICE has arrived with everything! Last Sunday, November 21st, Billboard announced that the K-Pop group’s new album “Formula Of Love: O+T=<3” had debuted at No. 3 in their famous Top 200, weekly ranking of the most popular albums in the United States.

The achievement surpasses the previous record of the album “Taste of Love”, released by TWICE earlier this year. At the time, he was ranked 6th on the Billboard 200! “Formula Of Love: O+T=<3” is also the third release by a female group to figure in the Top 10, that’s because “THE ALBUM” by BLACKPINK reached the 2nd place.

You may also like: RM offers supposed spoiler about BTS at the 2022 Grammys

The English track “The Feels”, which anticipated the release of “Formula Of Love: O+T=<3”, also became the group’s first song to be included on the Billboard Hot 100.

.@JYPETWICE's 'Formula of Love: O+T=<3' debuts at No. 3 on this week's #Billboard200 chart, earning the group its second top 10 album after 'Taste of Love: The 10th Mini Album' earlier this year.

TWICE will meet their fans in person, after a year and 10 months oftheir last concert, “TWICELIGHTS” held in 2019. First, the girl group will hold their concert, from December 24 to 26, at the KSPO dome of the Seoul Olympic Stadium, in the Songpa district, in the south of the South Korean capital.

Subsequently, the nonet will continue their world tour to five main cities in the United States: on February 16 in Los Angeles; on the 18th in Oakland; on the 22nd in Dallas; on the 24th in Atlanta and on the 26th in New York.