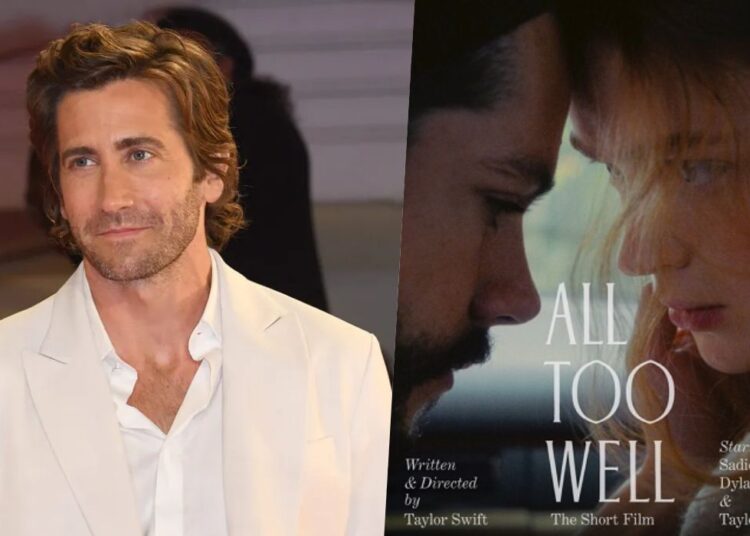 About 9 years ago, Taylor Swift released the album “Red” with a beautiful and sad song “All Too Well”. Now, she relaunches the album and it is precisely on this song that she decided to focus, releasing even a short film. Even though she doesn’t speak openly, the lyrics portray her love affair with actor Jake Gyllenhaal, which was quick, only a few months, but intense.

How is Jake Gyllenhaal feeling about having his relationship exposed again after such a long time? E! News went to a nearby source and got an answer. From the looks of it, he doesn’t care.

“Jake has no interest in any of this”, the source told E! News.

“He doesn’t read gossip or pay attention to it“.

“He is living his life and focused on himself. He’s ignoring all the noise”, The source added. If that’s the way it is, we believe… But isn’t he sorry for what he did?

You may also like: Former Trump aide says listening to Taylor Swift could get you fired

“All Too Well” is one of Taylor Swift’s entire career favorites. Last Friday, November 12th, along with the album “Red (Taylor’s Version)”, she finally released the 10-minute version, which was originally written before receiving cuts for a “normal” time. So some new verses were revealed.

In the unpublished lyrics, you can go even deeper into the sadness she was feeling at the time. Even though she doesn’t talk about it openly, everyone knows the song is about her relationship with Jake Gyllenhaal. They dated for three months, between October and December 2010. But it didn’t end well with betrayal.

In the lyrics, it is clear that the question of age mattered. They are 9 years apart. She was 21 at the time and he was 30.

“You said if we were closer in age / Maybe you would have been fine / It made me want to die” she said in an unpublished passage.

ENHYPEN to make US debut on ‘The Kelly Clarkson Show’

Caitlyn Jenner reveals her daughter Kylie Jenner is pregnant, finds out who the father is