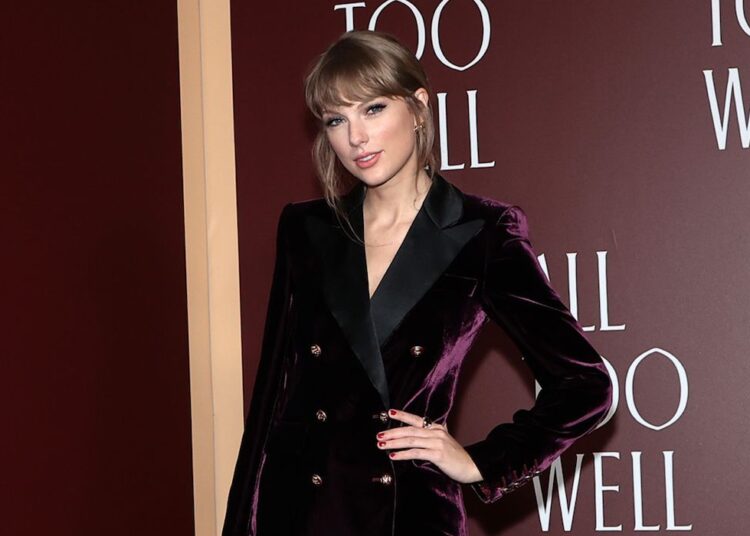 Taylor Swift released last Friday, November 12th, a new version of one of his most acclaimed albums, “Red“. “Red (Taylor’s Version)” was very well received that the singer became the female artist with the most streams on the album in one day on Spotify, surpassing her own “folklore” record (90.5 millions of streams).

In addition, all tracks from “Red (Taylor’s Version)” debuted in Spotify Global’s Top 75 and the song “All Too Well (Ten Minute Version)” reached the top.

The song “All Too Well” won a short film available on the singer’s YouTube channel. At nearly 15 minutes long, the video was written and directed by Taylor, who also works in the production alongside Sadie Sink and Dylan O’Brien.

Despite not saying officially, the short, as well as the lyrics of the song, portrays the relationship between Taylor and actor Jake Gyllenhaal, which lasted only three months in the year 2010. Watch the video below:

In other releated news, on Thursday night, November 11th, Taylor Swift has already started her promotion marathon and was a guest of the program “The Tonight Show Starring Jimmy Fallon“. In the interview, she told the whole story behind the 10-minute version of “All Too Well”.

“Basically, when I was writing the album, I knew I had a favorite, which was just ‘All Too Well’. But generally, my personal favorites aren’t songs that end up being singles or having music videos. (…) But what happened is that this song has also become a fan favorite. It was lined up” commented Taylor.

“When this song was written, I was going through a very, very sad time. And I was 22 years old, I was in band rehearsals, so I showed up there and I was really pissed, everybody could see it. I was not good company that day. So I started playing the guitar and kept repeating the same chords. So the band joined me and I started improvising with what I was going through. Then the song started to build in great intensity, and the song ended up having 10 to 15 minutes in that process” she recalled.

BTS: full speech to the UN about the youth translated into English