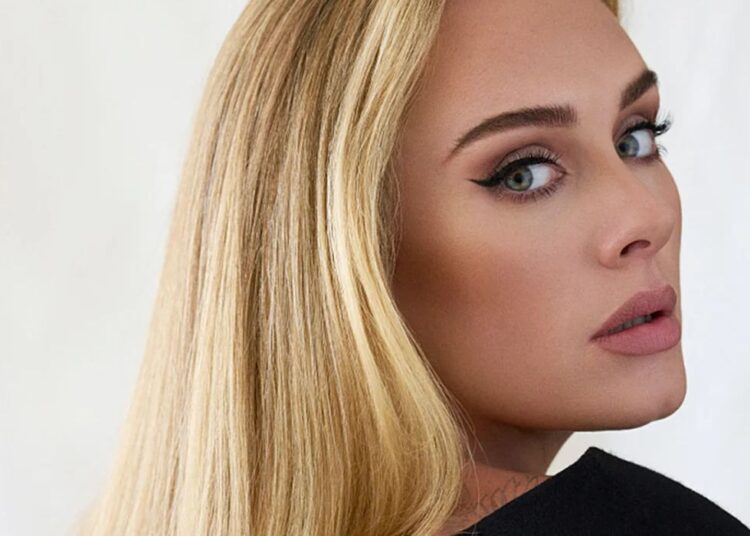 It’s close to the release of Adele‘s new album, “30”, scheduled for November 19th. In an interview with Oprah Winfrey for a TV special, the singer spoke about the meaning of track 10 on the disc, called “Hold On”, which was partially released for the commercial of a large online store.

Although the video for the commercial doesn’t present the complete song, which has more than 6 minutes, it was possible to identify that the song has very deep lyrics:

“I swear to God I’m a mess/ the more I try, I regret it/ Every day it feels like The road I’m on/ it can just open up and swallow me whole/ May time be patient/ May the pain be merciful (…)/ Just wait, just wait (…)/ I’ll survive”.

?Adele @Adele "Hold On" from '30' is featured in Amazon's "Kindness" Holiday commercial pic.twitter.com/dM81MwIx9Z

According to Adele, the lyrics of “Hold On” were inspired by her friends’ lines and, like the other songs on the album, are related to the singer’s divorce:

You may also like: Britney Spears’ guardianship is officially voided

“My friends always said ‘hang in there’ when I felt the way the music says. But it was exhausting to continue in the process. The divorce process, the process of being a solo mother, the process of not seeing my child every day. It wasn’t something I had in mind when I became a mother” explained the artist.

“The process of providing for yourself and getting up for yourself every day. Still taking care of the house, taking care of business. So many people understand what I’m saying and I feel that way too, I struggle with these things too. It’s also about trying to move forward, but with clear intentions, and not just trying to get out of a situation for no reason” added Adele.