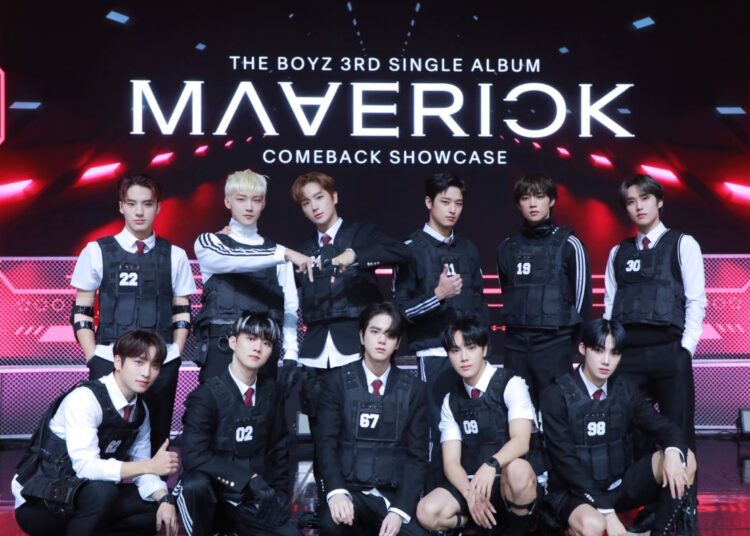 For musicians, three months is a very short period of time to prepare a new album. But burgeoning K-pop group The Boyz has accomplished the milestone, releasing a new single just three months after the release of their latest EP, “Thrill-ing” in August.

The previous album, the group’s sixth EP, was such a hit that earned the coveted title of “half a million seller” from the K-pop industry for albums that have surpassed 500,000 copies sold. The album also swept the national music charts with the title track, “Thrill Ride,” topping the iTunes song chart in 16 regions around the world upon release.

The group debuted in 2017 and finished in first place on Mnet’s musical audition show “Road to Kingdom” in 2020, where they competed against other boy bands such as Pentagon, Golden Child, and ONF.

You could also be interested in: ITZY to debut in Japan next month with an album titled “IT’z ITZY”.

“Maverick”, the group’s third single, conveys the message that the band’s confidence exists on its own, rather than trying to be equal to others or to fit into a formal setting. The album consists of three songs: “Maverick”, “Hypnotized” and “Russian Roulette“. The title track is a hip-hop track with addictive bass, punchy, colorful beats, and intense vocals.