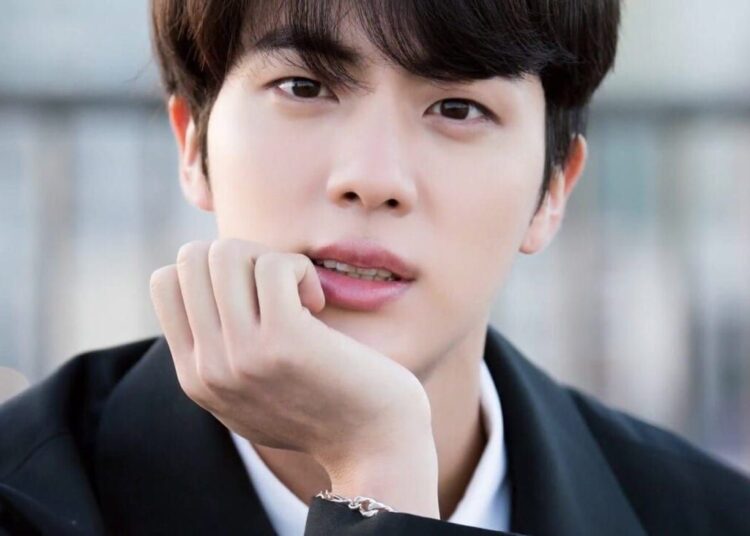 In early October it was reported that BTS‘ Jin, lend his voice to the theme song of “Jirisan“, South Korean drama that debuted recently. The news excited fans and this Wednesday, November 3rd, more news arrived!

The solo song is called “Yours” and will be released this Sunday, November 7.

The OST (“Original Sound Track”), according to the South Korean press, will also win a special MV that will be available on the ASTORY channel, on YouTube, at 10:30 am. Too much, right?

Excited is an understatement for how we are feeling today! Overwhelmed, happy beyond words, just totally psyched to hear and be blown away by Jin's song, Yours.

Yours by #Jin #BTSJIN
JIN OST IS COMING
JIN OST THIS SUNDAY ??? pic.twitter.com/RdgQd3PRNr

“Jirisan”, which means Jiri Mountain, is a mysterious drama starring Jun Ji-Hyun and Ju Ji-Hoon. The script is by Kim Eun-Hee, of “Kingdom”, and Lee Eung Bok, responsible for great hits like “Dream High”, “Mr.

Sunshine”, “Goblin” and “Descendants of the Sun”, is in direction.
C

Remember that “Yours” is Jin’s second work on a soundtrack.

The song “Even If I Die, It’s You” was recorded by the artist and V, also from BTS, for the drama “Hwarang”.

In other releated news, If you dream of saying the so famous “I accept” to the BTS V, know that it is no longer available! The reason? In a preview of the “2022 Season’s Greetings” DVD, the artist was asked about the person he would marry and his answer drove the K-Pop group crazy.

The boys were answering a series of random questions during a quiz.

Their friendship is very genuine and Suga even joked that “they’ll grow old together” after Jimin said he can’t live without Jin.

That’s when V said, in tone and joking, that love is so much that he will marry the members of BTS! At the time, J-Hope almost fell out of his chair and everyone burst out laughing. It’s gone now, the proposal is launched!

The “2022 Season’s Greetings”, for those who don’t know, is an annual package that the K-Pop group launches with a planner and backstage DVD, as if it were a holiday gift.

BTS’ RM makes strong statement about his sexuality and shocks everyone