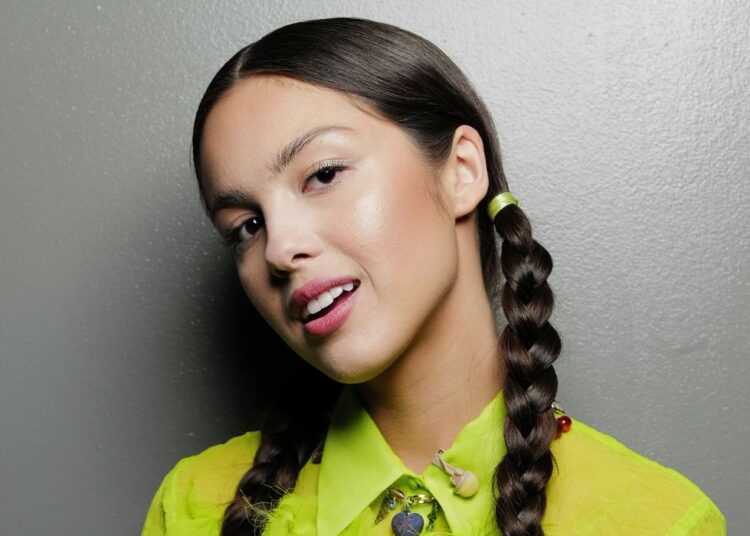 Olívia Rodrigo has already proven to be a shrewd songwriter who is not afraid to open up about her relationships and feelings in songs, as she did on “Drivers License”, her first hit. The singer was interviewed by Jimmy Kimmel and was asked about the boys she dates.

The presenter wanted to know if the boys are intimidated when they go out with her, as they are supposedly subject to appearing in one of her songs.

“When should you have a date with a guy you’re interested in or something, do they get nervous?”, Kimmel questioned.

“They should”, joked Rodrigo.

“No, no”, she completed, answering the presenter’s question.

Jimmy even joked about relationships that can inspire “great songs” when they go wrong. Although not publicly out, Olivia has been seen alongside producer Adam Faze.

You may also like: Jesy Nelson will performance “BOYZ” for Barack Obama

An interesting part of the interview is when she confirmed that she is working on her second album, but made a mystery about it.

“This album is ‘SOUR’, now I wonder if your new album’s title would be ‘salty’ or ‘sweet’”, Kimmel joked.

She joined in the joke, but didn’t let go of details:

For now, she is still working hard on promoting “SOUR”. Halloween is just around the corner and the idea of ​​putting stickers on the face as well as the cover would be a great costume.

“I hope people dress up like that for Halloween, it would be really cool” she said.

After launching the video for “traitor“, Olivia Rodrigo is finally focusing on this song as a single, although it is already riding high in the charts for a long time. Because of that, she made a beautiful and emotional performance.