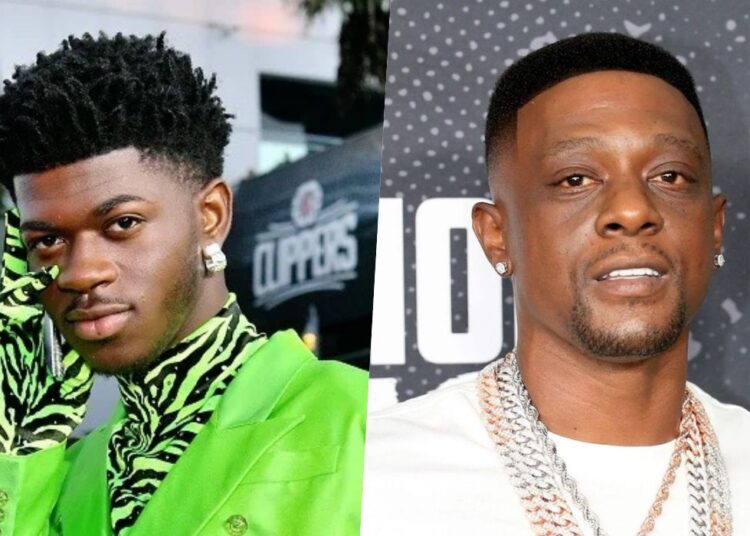 This Saturday, October 23rd, Lil Nas X said in a live broadcast that he is working on a song with Boosie Badazz, with whom he has a history of disagreements. The rapper didn’t like the innuendo and responded quite aggressively.

In a live on his Instagram, Lil Nas X started saying:

“STOP TROLLING ME F**GOT LOL !! U A WHOLE B**CH PLAYING WITH A GANGSTA SMH (shake my head – abbreviation for disapproval of someone or something) U CAN KEEP S**KING D**K GETTING F**KED N YOUR A*S N PEACE N #uhateyourself, I WOULD TOO IF I WAS YOU LOL NASx IF YOU #commits**cide YOU WOULD  THIS WORLD A HUGE FAVOR, NOBODY WANTS U HERE”. The tweet was posted for a while on Saturday, but has since been deleted for violating the social network’s rules.

You may also like: Jesy Nelson’s sister asks people to stop bullying her 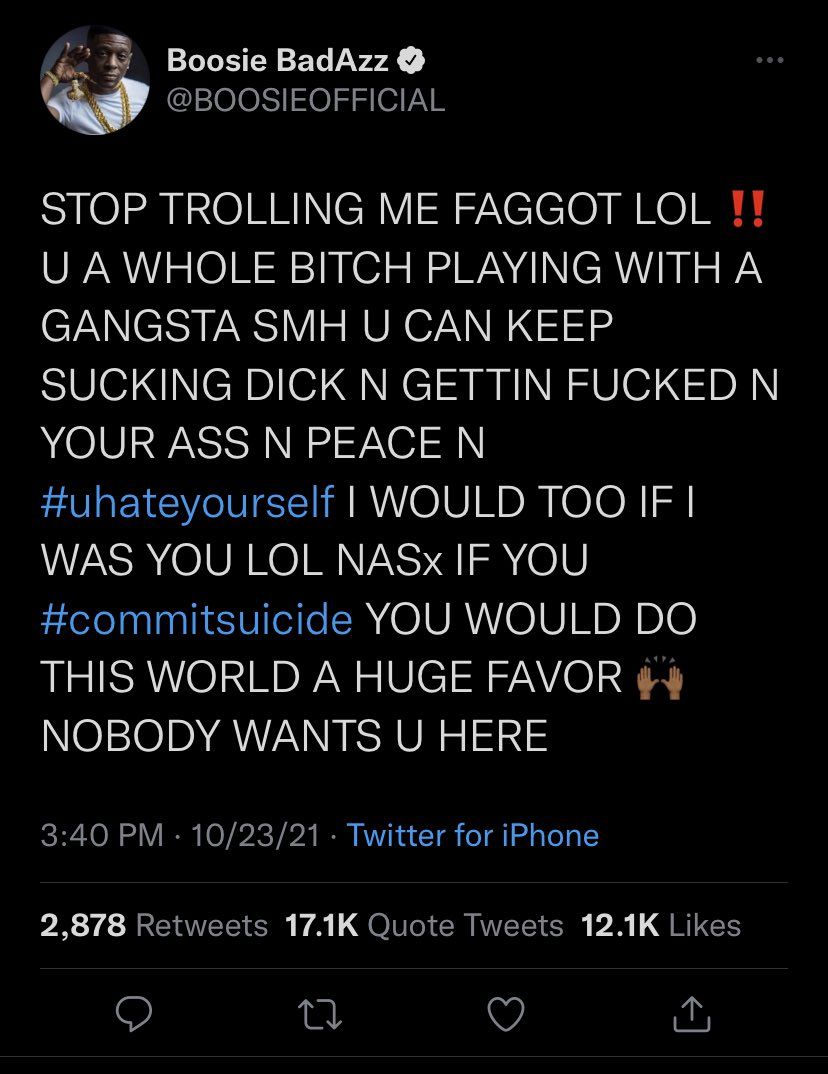 Lil Nas X did not respond to Boosie Badazz and her first post after the incident was:

“I’m really sad. I have never been so mortified in my life. I can’t believe the Disney channel hasn’t played in Halloween City this entire October”

i am truly saddened. i have never been so mortified in my life. i can’t believe disney channel has yet to play halloween town this entire october.

In September, Lil Nas X was honored at The Trevor Project, which offers aid to LGBTQIA+ youth and aid in suicide prevention. “Discrimination around sexuality and gender identity is still very real, and our community deserves to feel supported and totally free to be itself” said the rapper in his speech.