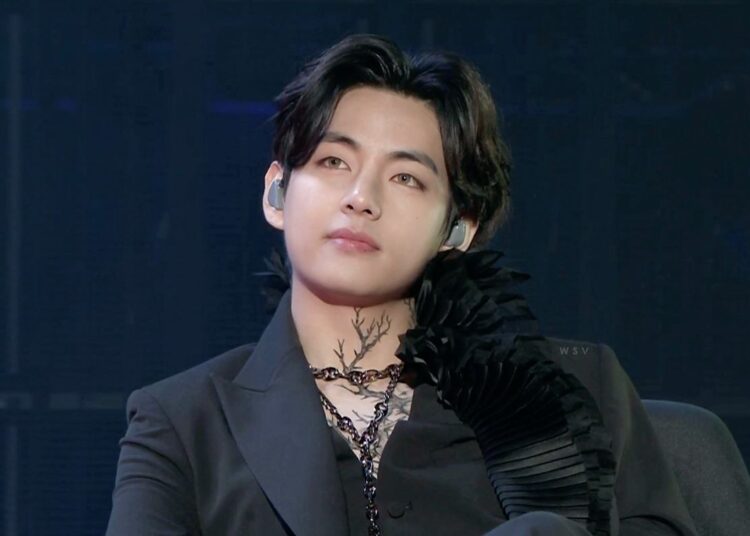 BTS filled ARMY with excitement with their virtual concert Permission to dance on stage. However, there was an unforeseen event with Kim Taehyung’s health. BIG HIT Music released a statement on Weverse in which they announced that BTS’ V had complained of discomfort in his calf during rehearsal the day before.

BTS’ V went to the hospital and was advised not to make hard movements. As the interpreter of “Sweet home” did not want to miss the virtual reunion with ARMY, it was decided that, during the choreographed performances, he would sing sitting at one corner of the stage.

“Kim Taehyung felt pain in his calf muscles during the October 23 night rehearsal and visited a nearby hospital to be examined. Doctors recommended that although there were no problems affecting the bones in his legs, he should avoid hard movements or performing on stage for a while.

You could also be interested in: BLACKPINK speaks up in ‘Dear Earth’ to raise awareness about climate change.

As the artist expressed that he really wanted to be in the concert, our company has decided to take the advice of the specialist and reduce the movements of V in today’s PTDOS. As a result, V will participate in the performance seated and will not choreograph. We ask for your understanding.”

Kim Taehyung also spoke about it, “I made a mistake while practicing and rehearsing for the concert. I’m fine, so ARMY, don’t worry too much about me and enjoy the show.” At the end of the event, BTS’ V commented on what happened again.

“I was sad today. The injury came as a surprise. I practiced anxiously because of how happy I was going to feel at the concert; but sadly I had to be seated at the event. I will take proper care of my physical condition and you will soon see what I could not show you today”.

Miley Cyrus is in “official relationship” with Kim Kardashian’s boyfriend