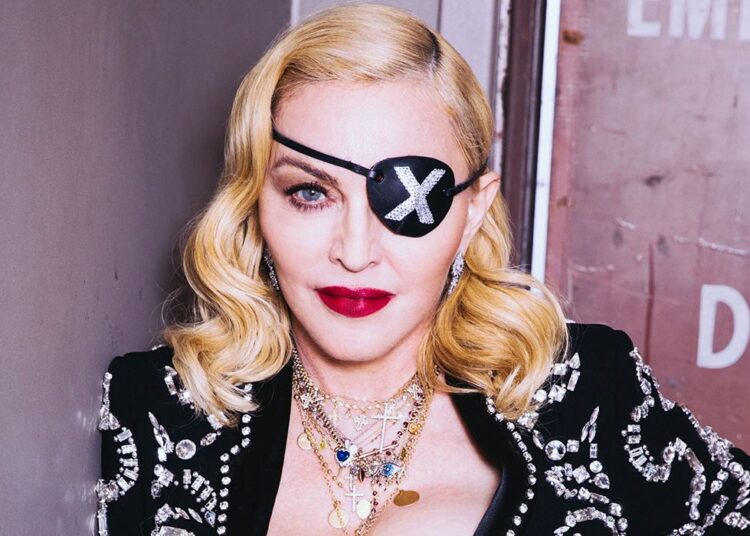 Madonna performed the recording of a “Madame X” special for Paramount+, answering some questions from the public and personalities. One of them was sent by Ariana Grande: how she keeps herself fulfilled, giving her all as a human being and an artist.

“I have a spiritual life, believe it or not. I know it sounds corny. Not, I’m not religious, but I have a spiritual life. What does that mean? That means that I have a understanding 1) is that we are all responsible for our destiny and 2) is none of it is real. Nothing of the accolade and platinum records, none of it means anything if I’m not feeding my soul” Madonna responded.

#ArianaGrande Instagram:
"Madame X: MadameXtra Q&A, November 18 on @paramountplus
what would you ask the queen ? this was my question for @madonna ! thank you for giving the way that you do, i love you so."https://t.co/IFzBSjRL4x#Madonna #MadameXTour, #MTV & #ParamountPlus pic.twitter.com/khd9b6H1hJ

You may also like: Jamie Lynn Spears vents about family abuse in her book

In other releated news, Madonna resumed her partnership with Warner Music Group, the record label where she started her career and released her most iconic albums. In 2012, she left there and went to Universal’s Interscope Records, releasing three albums. Now she is back home!

Warner now represents Madonna’s entire body of work, including the three albums released by Universal Music (this will only happen in 2025 for contractual reasons). In all, the new deal includes 17 studio albums and singles, soundtrack recordings, live albums and compilations.

This comes along with the celebration of Madonna’s 40-year career in music, which takes place in 2022. To celebrate, the focus will be on exploring her vast catalog, with new releases and news that are yet to be announced. Madonna will curate luxury editions for many of her landmark albums, as well as exclusive releases for special events and more.

“From the beginning, Warner Music Group has helped to bring my music and vision to all my fans around the world with utmost care and consideration. They’ve been amazing partners and I’m very happy to be embarking on this next chapter with them to celebrate my back catalog of the past 40 years” Madonna said.

Agency comments on supposed romance between LONNA and D1CE idols

BTS’ JungKook has a crush on this girl, but she prefers Suga