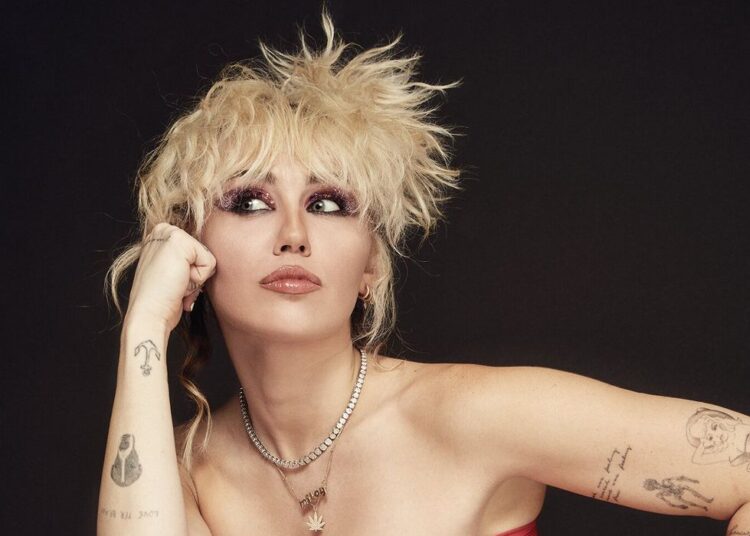 This Tuesday, 19th, Miley Cyrus confirmed that she is working on a new album, her first album by Columbia Records. The news comes less than a year after the release of “Plastic Hearts”, the artist’s last work with RCA Records. The singer used social media to update her fans and say she will make a special announcement.

“Confirmation: I’m in the studio working on the next album” Cyrus wrote in the caption of a video in which he appears feeding his animals.

“A special announcement that will come tomorrow”, he added.

“Actual footage of me FEEDING THE CHILDREN with 1.The relaunch of #MileyWorld 2. An exclusive unedited live performance from @aclfestival 3. New photoshoot 4.Confirmation I’m in the studio working on the next record 5.a special announcement coming tomorrow!?”—@MileyCyrus via IG pic.twitter.com/QSAEy3gua5

Cyrus also recalled that the month was busy and full of work. She re-launched her website, Miley World, and released her show at the ACL Festival in full.

In an article published last Friday, 15th, Billboard confirmed that the singer was dedicating herself to the production of her next album. The publication stated that the successor to the acclaimed “Plastic Hearts” should follow the references of the 70s, of the Saturday night frenzy of the iconic disco “Studio 54”.

You may also like: Courtney Love advises Britney Spears to leave the US

In other releated news, Miley Cyrus surprised her fans this Friday, October 16th, by releasing her full show at the ACL Festival, recorded two weeks ago, when the singer was headliner for one of the nights of the event. The registration is available in full on the singer’s new website, Miley World. To access it, the artist’s fans must register on the portal and wait for an email with a password.

Videos of the show are already circulating on social networks and show Cyrus doing a version of “Where is my mind?“, by the band Pixies, in a kind of mashup with their hit “We Can’t Stop”. Check it out :

On her YouTube channel, Cyrus published her cover of Janis Joplin’s “Maybe” in HD. The singer had already impressed the audience with this version on other occasions.

Despite the covers, the singer made a point of including songs from all stages of her career in the setlist.
Hits like “The Climb”, “7 Things” and “See You Again” were not left out of the repertoire presented at the festival.

These are the best songs of 2022, KPOP is disappointed