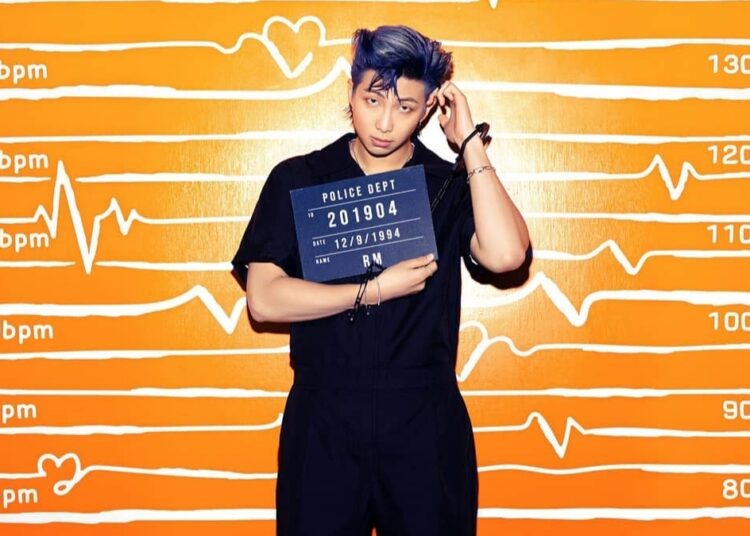 Although the Bangtan leader is usually the most serious and mature of all, he has a sensitive side. RM goes to many museums, art exhibitions and reads a lot, not for nothing his IQ is 148 points.

Although he is currently single, he has aroused rumors of being married and even having a child, he has also enjoyed the best romance stories, such as “Eternal sunshine of the spotless mind”, but this is one of his favorite books and one of the most sad.

It’s no secret to fans that RM is very smart, enjoys art, and is a huge fan of books. On several occasions the leader of the group has recommended his favorite stories, and has also adapted some literary works into BTS’s music videos.

The rapper has also shown the romantic side of him with one of his favorite readings and movies, but this recommendation from Namjoon will make you cry. Released in 2012, the book “Me Before You” became one of the most popular romance novels and four years later the film adaptation was made.

Also known as “Me Before You” by the author Jojo Moyes, it portrays the life of Will Traynor, a successful young businessman who is left quadriplegic after an accident on his motorcycle and who no longer wants to live.

On the other hand, there is Louise Clark, a young woman who loses her job, no longer loves her boyfriend and always follows a routine in her life. Her luck changes for her when she is hired to take care of young Will, but both were not prepared for a lesson in life and love that will make more than one cry. There is also the movie, which is much more emotional if you want to enjoy both versions.