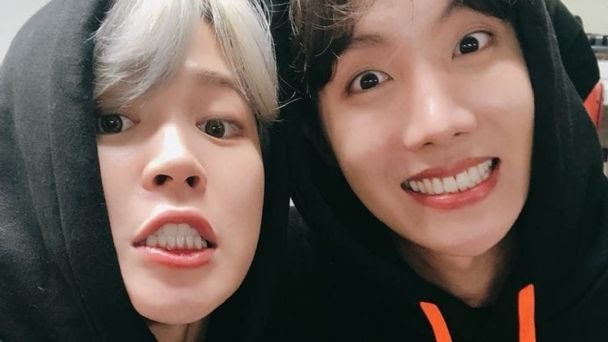 The members of BTS are currently single, although they are not free from dating rumors; Furthermore, before becoming famous, some of them confessed to having had a girlfriend. In the case of J-Hope and Jimin, they both clashed over the same girl and this is what happened.

During an interview, RM confessed that if he and his classmates noticed the same girl, he would fight to the end and not give up his love.

Suga and Jungkook have also been in the same situation, since the Golden Maknae has been in love with the same girl for years, but her partner ended up collaborating with her. In another case, J-Hope and Jimin put their charms to the test, but one of them ended up being rejected.

J-Hope and Jimin’s friendship is another of the ARMY’s favorites, but it seems that they have also clashed out of love. It all happened during the time of “Blood, Sweat and Tears”, the group attended a variety show where the members clashed over the love of a girl.

It all consisted of various auditions with a Korean actress who decided to break J-Hope’s heart. The BTS rapper tried to win her over with her best dance steps so that she would choose him and accept her rose; however, apparently she did not recognize him as her companions and ended up rejecting him.

Apparently J-Hope ended up accepting defeat, but the expression on his face was evident.

Then it was Jimin’s turn, the dancer recreated a scene from a drama and asked the girl out, but she also rejects him. In the end, it was all about a sketch where both idols turned out without winning the heart of the actress who participated in the show. This is not the first time they have noticed the same girl, V and Jimin confessed that the same person was their crush.