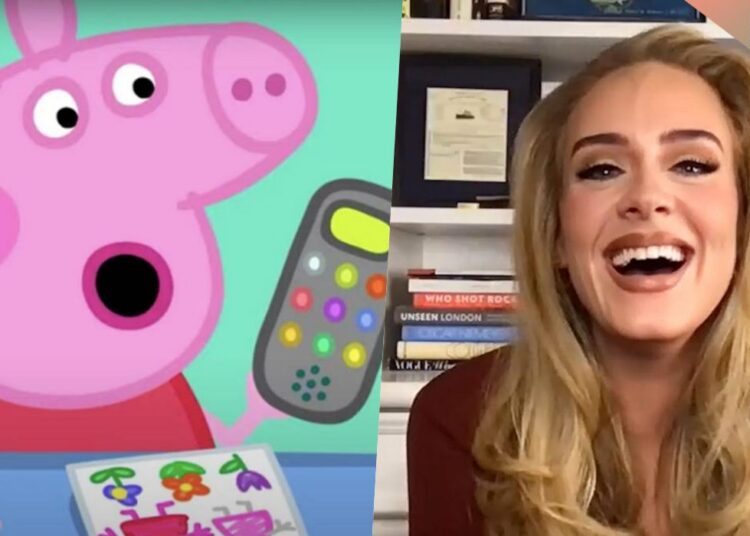 Peppa Pig confronts Adele on the British radio show Capital FM after rejecting a request to do a collaboration for her next album, on Saturday, October 9th, during a recent live show.

On her Instagram live, the 33-year-old British singer showed a snippet of her new single “Easy on Me“. When asked by a fan if she would collaborate with Peppa, the singer replied:

“I’m not going to collaborate with Peppa Pig” said the singer.

Peppa Pig is typing…All we ask is for Adele to reconsider this collab for her album. (📷: @adele) pic.twitter.com/gYiTKrhL0J

Peppa, the cartoon pig who stars in a British series adored by children, confronted the singer during her appearance at London station on Thursday, October 14th.

“That made me very, very sad when you said you wouldn’t collaborate with me”

You may also like: Britney Spears will make big announcement in November according to insider

Shocked by the animated cartoon’s call, Adele asks if the call was Peppa Pig’s real voice, before jokingly admitting that she regretted her initial statement.

“Is it the real nowdays Peppa”

“First of all babes, Peppa, that ain’t the one of you that I know. That’s not the same voice with the one I grew up with, with my son”

Peppa Pig calls out Adele for saying she wouldn't collaborate with her. pic.twitter.com/9EIfNjiJ25

In other related news, Adele isn’t the only celebrity Peppa has roasted. Recently, Peppa trolled Kanye West on the internet after his latest album, “Donda” earned a 6.0 rating on the music publication Pitchfork, while “Peppa’s Adventures: The Album” instead scored a respectable 6.