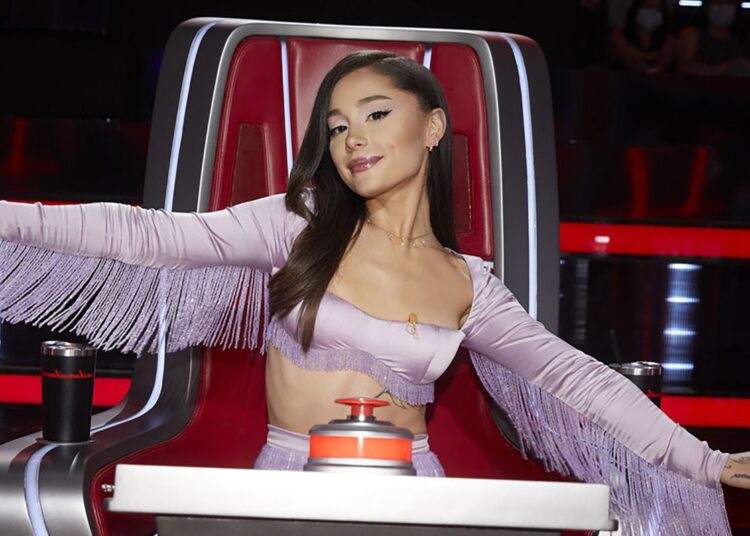 Ariana Grande did not leave her rivalry with Blake Shelton aside when she published a photo with The Voice‘s judgesthis Saturday, 16th. The show’s new technique left only Kelly Clarkson and John Legend in the image reposted on her Instagram Story.

The singer amused her fans with the publication. The squabble and exchange of barbs between the musicians is just part of the prank on the NBC show. Check out the original Instagram profile post:

The new season of The Voice has yielded remarkable moments for Ariana Grande, who made her debut as a judge on the show. In the last episode of the NBC attraction, one of the candidates from the “Positions” interpreter’s team was eliminated and ended up not realizing that the singer had open arms to comfort him. Finally, Kelly Clarkson ended up hugging her colleague. Check it out :

You may also like: Peppa Pig confronts Adele after the singer rejected a collaboration with the cartoon

Chavon Rodgers received the news that he was leaving the program and bowed his head towards the studio exit, passing through his technique without saying goodbye. Although in the images it looked like the singer ignored Ariana, he explained himself on social media.

“I didn’t see Ariana get up to hug me. I had my eyes downcast and went off stage after I was able to thank her for everything” Rodgers said on social media.

“When I arrived backstage, a producer told me what had happened and I was devastated” he explained.

In another post on social media, he thanked Ariana for her support throughout the competition and apologized for the lost hug.

“Ariana Grande you are really a wonderful human being, kind, genuine and caring. Thank you for letting me be part of your team. I can’t believe I have to work with you and learn from you. Mind blown away. I have a lot of respect and appreciation for you. Love you, Coach”, wrote Rodgers.