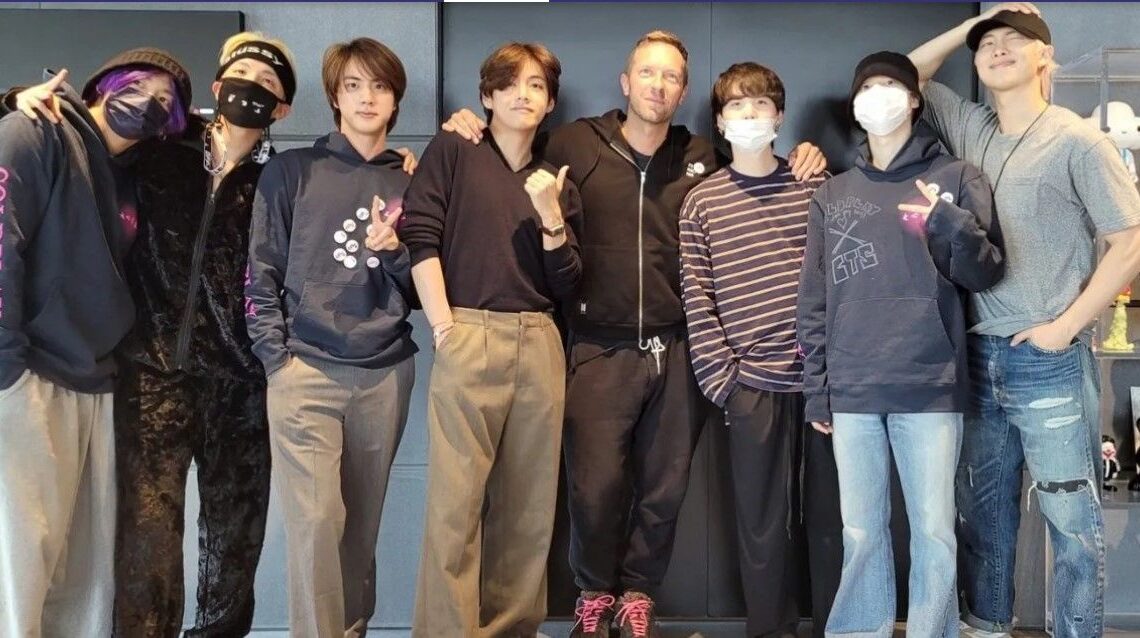 Coldplay celebrated the release of the album “Music of the Spheres” with an unprecedented performance of the single “My Universe“, a partnership with BTS. In a presentation with an intergalactic air, the band took RM, Jimin, Suga, J-Hope, Jungkook, V and Jin, to the stage of the program “The Graham Norton Show”, on British TV, through ultra modern videos, this Friday, October 15th.

After the performance, Chris Martin, lead singer of the British band, spoke about how the collaboration came about.

“It was like a classic social media rumor, I don’t know if it’s true or not, but I was told that BTS asked if I would do a song for them, I said ‘This will never work’, that’s like the movie ‘Gemini’, with Arnold Schwarzenegger and Danny DeVito” Martin said, laughing.

You may also like: BLACKPINK reportedly making a comeback at the end of the year

Despite the initial fear of joining the sound of the two groups, that idea kept hammering in the singer’s head until the name of the track came up and he began to feel that collaboration between the artists would be a viable and very powerful possibility.

“But the idea stuck in my head for a while, and then the title came up, and then this song came out of nowhere one day, and I felt like, ‘Oh, this could be it.’ It’s a love song about difficult love or love that requires pushing some boundaries, so we thought it would fit between the two of us in a weird way” explained the vocalist.

Martin also added that he went to South Korea, BTS’s home country, to work on the partnership.

“It was very intense. We got permission from the government to go there for two days.

We had a lot of fun” added Martin.