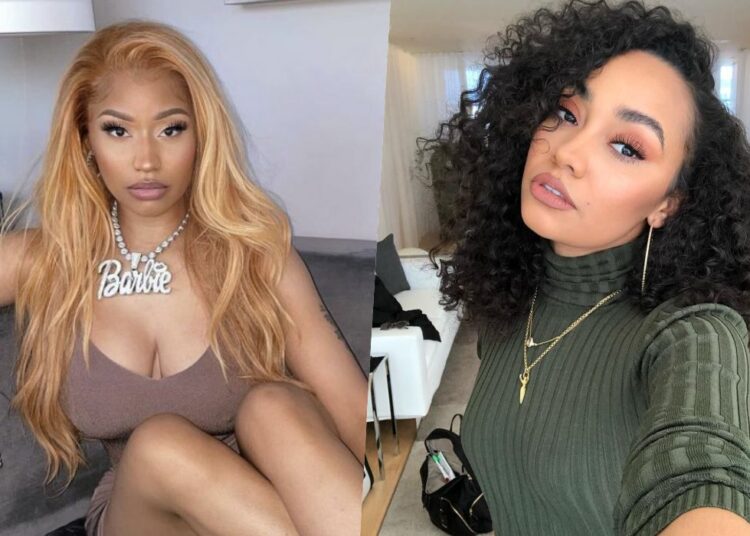 Nicki Minaj performed live with her most recent collaborator, Jesy Nelson. The former member of the group Little Mix has been accused of Blackfish, when celebrities try to imitate the appearance of blacks, after the release of the video for “Boyz.”

Regretting the allegations, Jesy spoke about the group Little Mix and said that Leigh Anne warned her about Blackfish’s past complaints while shooting the video for “Sweet Melody” the last music video Nelson participated in before deciding to leave the group.

“It’s difficult for me because I’ve been in a group with two women of color for 9 years and it was never mentioned until the last music video” Jesy complained during the live with the rapper.

Jesy Nelson says Leigh-Anne Pinnock made her aware of Blackfishing allegations during the music video shoot for “Sweet Melody”:

“It’s just hard for me because I was in a group with two women of color for 9 years and it was never brought up to me up until the last music video…” pic.twitter.com/jBfIOJmIGR

Nicki reacted by sending a message to the members of the British girl group.

“Take them text messages and shove it up your f–king ass. Let her enjoy this time. If you was in this group and haven’t talked about this s–t for 10 years… If you want a solo career baby girl just say that… If that’s how you felt, why were you kiki’ing with her and being in videos with her for 10 years” said the rapper.

“If you want a solo career baby just say that… If that’s how you felt, why were you kiki’ing with her & being in videos with her for 10 years…” pic.twitter.com/uyyLezu0SJ

Minaj even said that “this person” should wear a clown nose “This person has to wear a big red clown nose because you’re a clown” Nicki attacked during the live.

“Do not say things that benefit your personal revenge against someone. Call immediately as soon as you know. Don’t wait a decade after making millions with the person” complained the rapper on Twitter.

Before that, he posted a tweet showing a friend of Leigh Anne’s allegedly making Blackfish. The rapper also posted an image on Instagram citing Pinnock in the caption, but later edited it, removing the singer’s name. 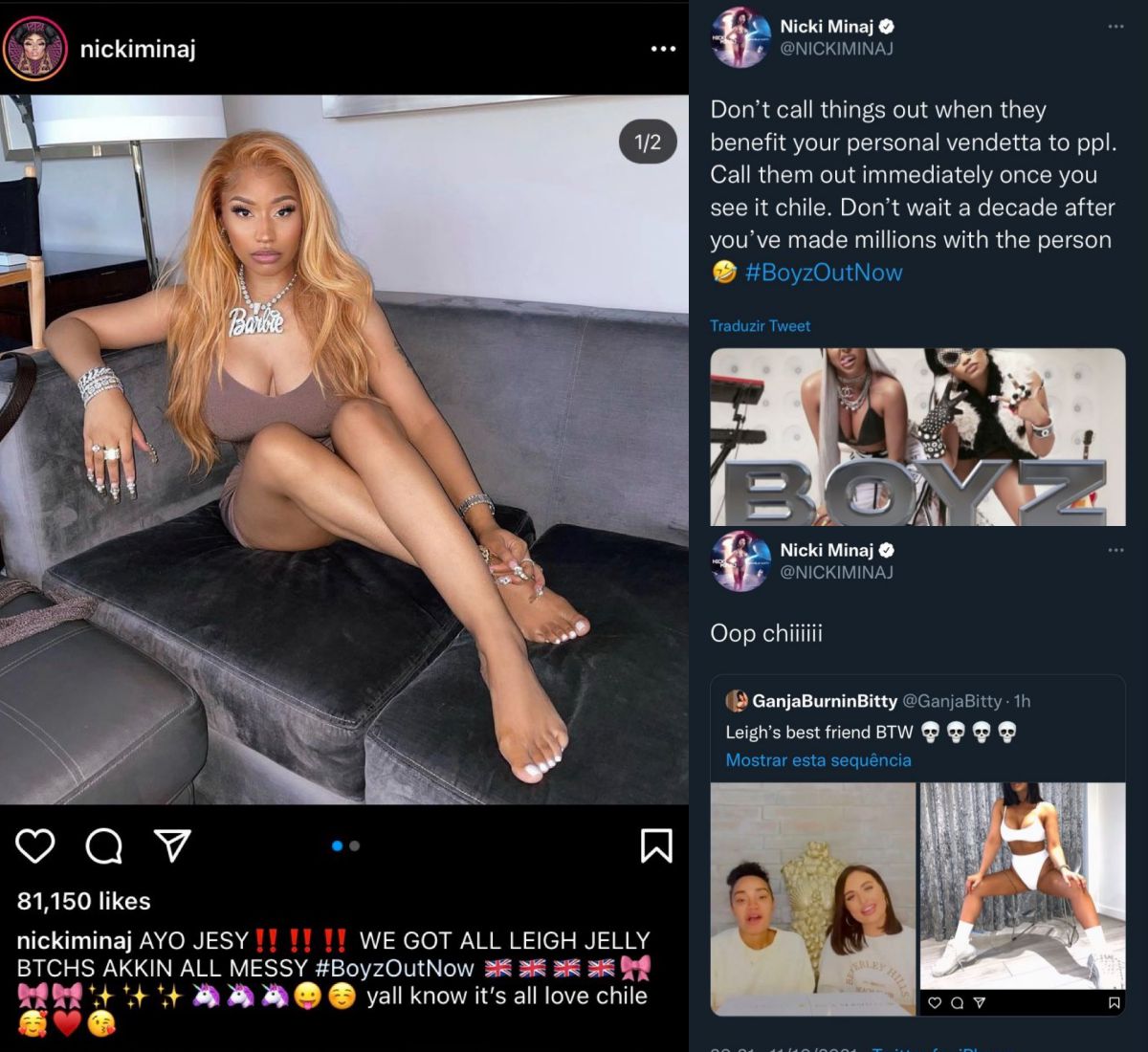