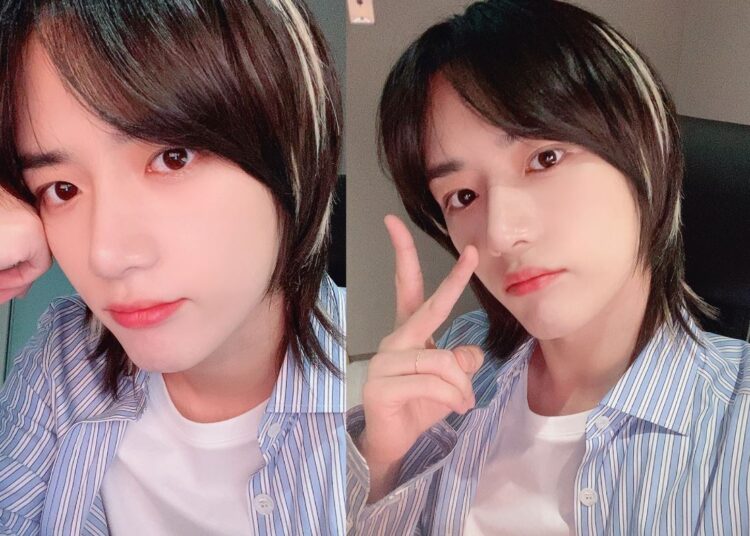 TXT did a VLive and after some time, Beomgyu approached the camera to show his followers a necklace that has “TXT” written on it, and asked if they liked it. Then Beomgyu got upset that no one noticed his new haircut.

Beomgyu looked directly at the camera to say “Guys, I really cut my hair a lot, why doesn’t anyone mention it?” He said it in an ‘upset’ tone but joking and receiving a couple of comments, some of his classmates recommended “I think you need to cut more hair so they can notice it”.

Beomgyu moved his hair in one direction to another to remove the strands that were getting in his eyes, and looked at the camera to respond to the recommendation of his members with some sharp words: “No, but I already cut hair a lot!!!”.

You could also be interested in: NCT x Stray Kids: Jungwoo and Lee Know interaction is too cute.

After ‘getting upset’ that very few noticed her cut, Beomgyu commented that the concert had felt too short while they were performing it, and Soobin added “MOA really should have been there … it got a bit difficult because MOA’s they weren’t there, we would have gained more energy if they had been with us”.

BTS’ Jimin new collection was sold out in a few seconds