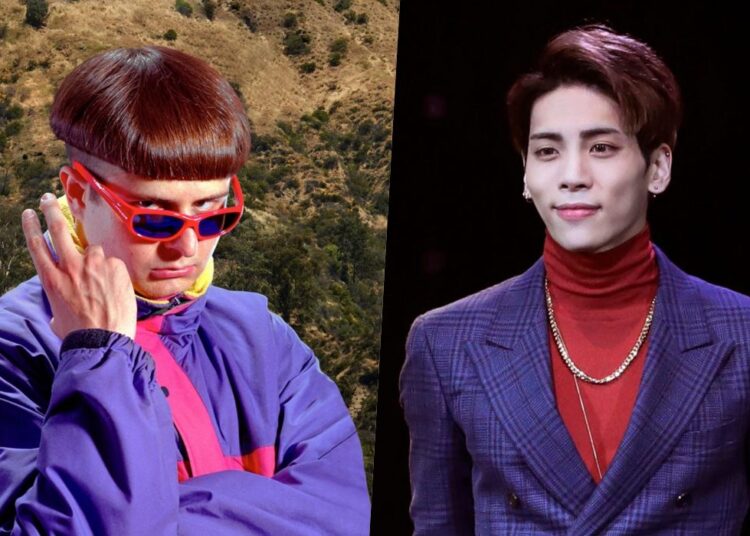 American singer Oliver Tree posted in 2019 a photo of himself Photoshopped on the official tab of his YouTube community promoting his “Goodbye Farewell Tour“, in which he used a photo of Jonghyun‘s funeral and replaced the idol’s photo with his own photo.

When Oliver posted the image for the first time on social media, he received a lot of criticism that led him to remove the post immediately. Although the singer deleted the post, he had not released a proper apology after the negative reaction from netizens.

Therefore, K-Pop fans have taken to social media to demand a formal apology from the singer. In response, Oliver Tree posted an apology on his personal Instagram. He wrote:

“In regards to the Jonghyun photo, I want to apologize to him and everyone who was hurt by the image that was posted on my account years ago. I had no intention of hurting anyone. To clarify, I didn’t make the imagen and me and my team didn’t know what the imagen was taken from. Had we know, we never would have posted it. The second someone told us what it was from, we removed it immediately. There was no intention of anything malicious, just no research which caused a very foolish mistake. At the time I didn’t undersand the gravity of posting images, I didn’t research. Since then me and my team have been extremely careful looking into everything we post. The reason I posted it was because I was making an album & tour about death. My cousin died when I was in middle school and I went to say goobye to him when he was braindead in the hospital, Ever since then, death has been a huge topic, I’ve explored in my art. Each music video i made for “Ugly is Beautiful” shows my death in different ways. Death is the most serious topic and through my art i’ve been attempting to process it. Once again I’m so sorry to anyone who has been hurt by that mistake but please understand it was not intentional, I’m sending my deepest condolences to Jonghyun’s family and everyone who loved him. 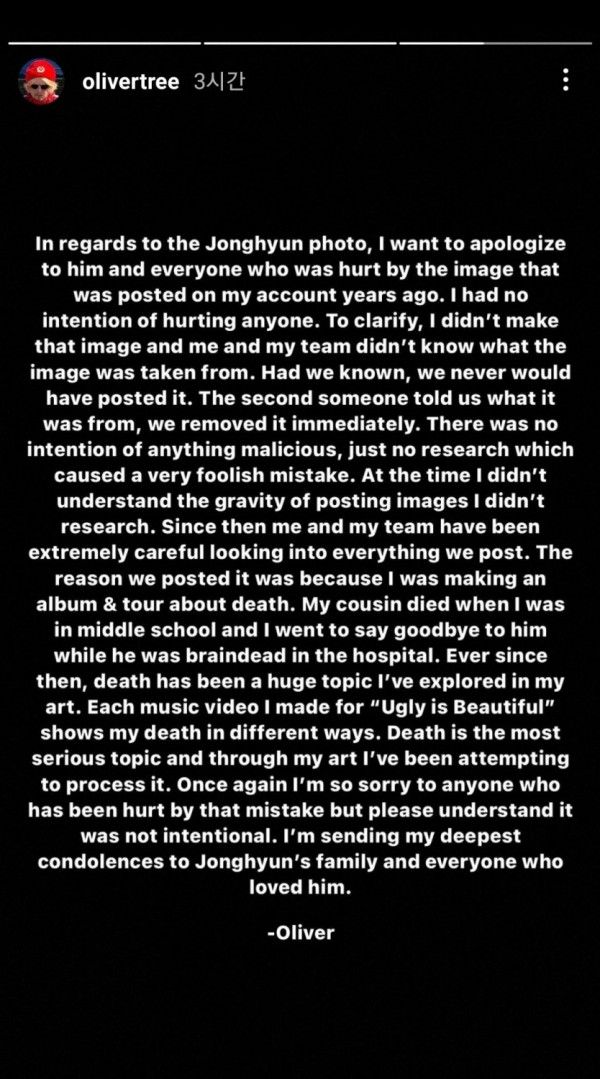