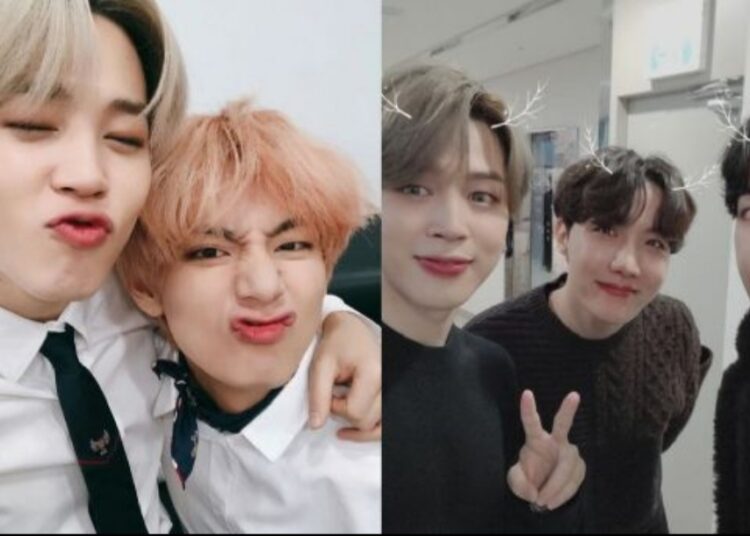 K-Media revealed the statements of a friend of Jimin and V, who told what their friendship was like, years before their debut with BTS

Behind the scenes and everything they show in the media, inside BTS there are also unbreakable friendships and one of the best known and celebrated throughout ARMY is that of Jimin and Taehyung, better known as V.

Although there is incredible chemistry between the seven, as they have shown in their live performances, during their interactions on live broadcasts and on BTS shows, there are bonds that are even stronger and that is the case that exists. between Jimin and V.

The unbreakable friendship of Jimin and V, the idols of BTS

Although we already knew some details of their sibling relationship, more information has recently been revealed about how the first years they met were, dating back to several years before Bangtan Sonyeondan’s debut in 2013.

This is thanks to the fact that a friend of Jimin and V revealed to South Korean media details of what he managed to share with them when they were high school classmates. In addition, he expressed what his first impressions were with this pair that was already quite close prior to joining Big Hit to form BTS.

“I was in the same class as Jimin, so I met Taehyung from him. They were both very energetic. Taehyung was already popular for being charming. Jimin was thin but cute and big-cheeked … They were in different classes but , in free time, Taehyung went to visit Jimin, “said the close friend to the idols.

Likewise, the partner of the BTS members also spoke about the activities they used to do and commented that, since then, their artistic abilities were already evident: “They ate together and went to the kiosk when classes ended … Sometimes they danced together , they played soccer, then they dropped out of school. ”

“Looking back, I only have memories of happiness”

Finally, he added that “Looking back, I only have memories of happiness” and with good reason, can you imagine the fortune of meeting Jimin and V during that time when they still did not break world records, their faces and their voices did not appear everywhere?

BLACKPINK’s Rosé ends her nerves with a shot of tequila

BLACKPINK’s Jennie appeared in Hawaii with the hottest outfit