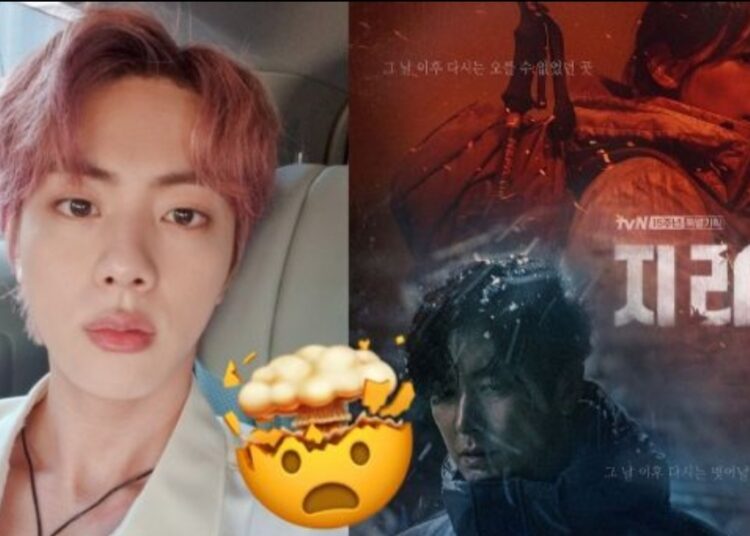 BTS: Jin will debut in the OST of the drama ‘Jirisan’, when does it premiere and where to watch?

BTS has shown that in addition to being great singers, dancers, and songwriters, they also have other talents. Such is the case of Jin, who before debuting with Bangtan was in the Art and Acting career at Konkuk University, therefore he is an actor by profession and although ARMY dreams of seeing him in a k-drama, this time the band’s hyung will debut with the title track of a new production.

ARMY has shouted for Seokjin in a drama, as they have seen the singer’s acting skills in BTS World, in the videos he has made with the group, as well as in the variety shows where he has participated. However we have not had the opportunity to see him on television as an actor.

Jin to sing the title song of ‘Jirisan’

A few hours ago, the Korean media announced that Jin would be in charge of singing the main song of the drama ‘Jirisan’, which would premiere this year. As expected, ARMY could not help the emotion and affirmed that it is something they were already waiting for, even if it was not as the protagonist, they felt very happy for him.

According to the soundtrack production team, the song featuring Jin’s voice will be heard from the middle of the drama. On the other hand, they announced that the release of the melody will be reported later along with all the details that the promotion entails.

It is not the first time that BTS has to face making a song for a drama, let’s remember that Jin joined Taehyung to make the song ‘It’s Definitely You’ for the drama ‘Hwarang: The Poet Warrior Youth’ where V participated and He also had the opportunity to do a solo song for said production.

‘Jirisan’ will tell the story of two National Park rangers, Yi Gan is an expert in her work while Hyun Jo is the rookie who will get to work with her. However, he will hide a secret that will keep the plot of the production and that, according to the trailer, promises a lot.

It will premiere on October 23 on tvN and this will be the first time we will hear Jin as the main vocalist of a drama. It will certainly be a great experience for him and ARMY is willing to support the Worldwide Handsome production and song.