That BTS rules the world… no objection. That Jin, Suga, J-Hope, RM, Jimin, V and Jungkook are aces of the wardrobe… neither.

The South Korean k-pop band has the world at its feet, but not only that of music but also that of fashion and it is that on more than one occasion the septet has caused a sensation on stage and the red carpets that they step on thanks to to his peculiar sense of fashion, because of something we can be sure: BTS not only follows trends, it imposes them.

Choosing a single moment is impossible, that’s why we decided to make a compilation with some of her most inspiring looks 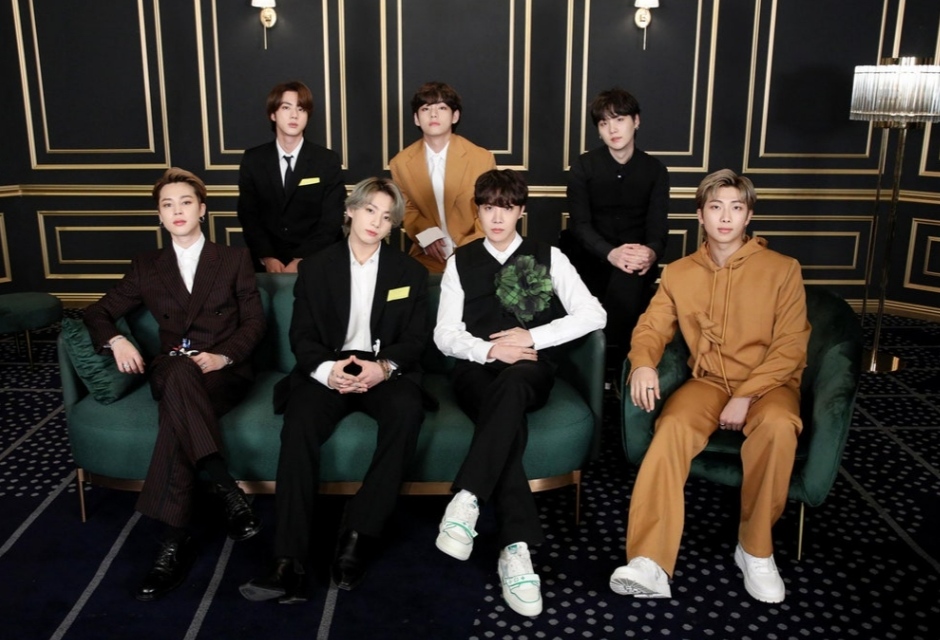 Years go by and the boys of BTS don’t seem willing to lose their status as trendsetters. For their red carpet debut at this year’s Grammys as nominees, the group chose outfits from Virgil Abloh’s Louis Vuitton Fall 2021 line. Very good detail to look ad hoc for the season. 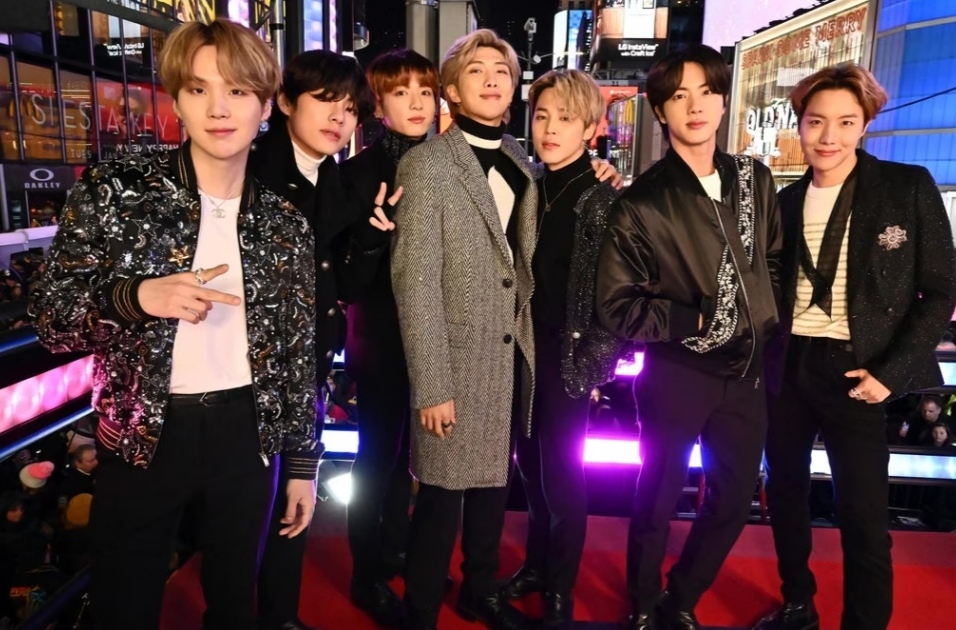 If you are one of those who perfectly understand that a new year should be received with style, but you enter a predicament when you are in front of the closet, BTS gave us 7 perfect outfits to say goodbye to the old year.

On December 31, 2019, the band appeared in Times Square for a guest appearance at the annual ceremony. With bombers, jackets, high-necked sweaters and even a coat, glitter is the element that gives cohesion to their outfits.

There they wore coordinated Rick Owens looks adopting a new glam-goth aesthetic. All seven members dressed up in a rock-chic twist, embracing unexpected pieces like leather blazers or drop-crotch pants. Jin went in a worn and painted leather jacket; V and Jimin wore cream colored outfits from head to toe; while Jungkook, Suga, RM, and J-Hope opted for leather blazers and zippered pants. Their respective appearances had their own individual flair, but together, they felt very well accomplished as a whole. 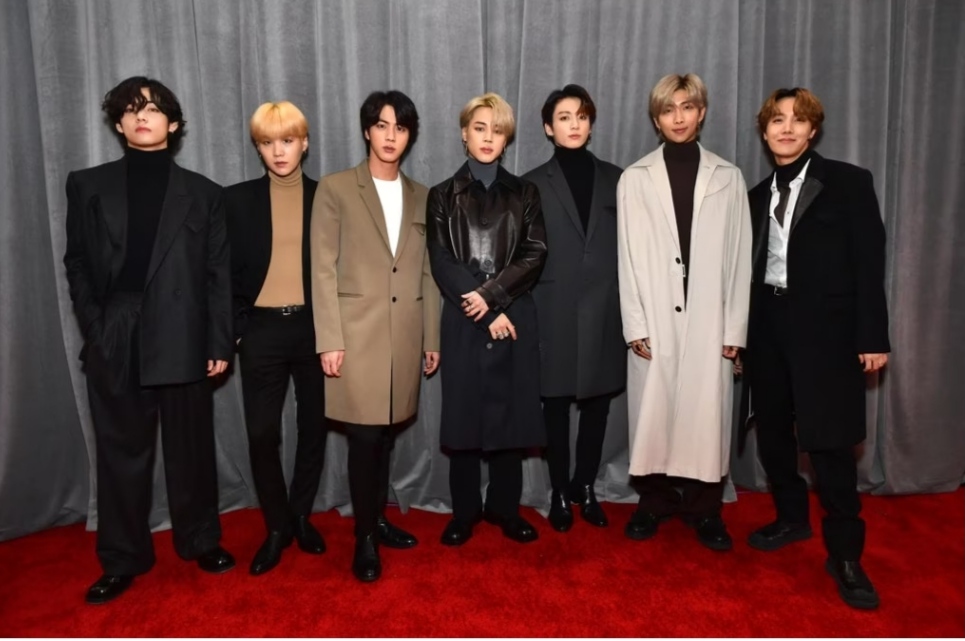 when they hit the 2020 GRAMMYs red carpet wearing Bottega Veneta from head to toe, a brand that was at its peak at the time, after a highly successful first year with Daniel Lee at the helm and which received widespread applause as dress the seven members of BTS so exceptionally. 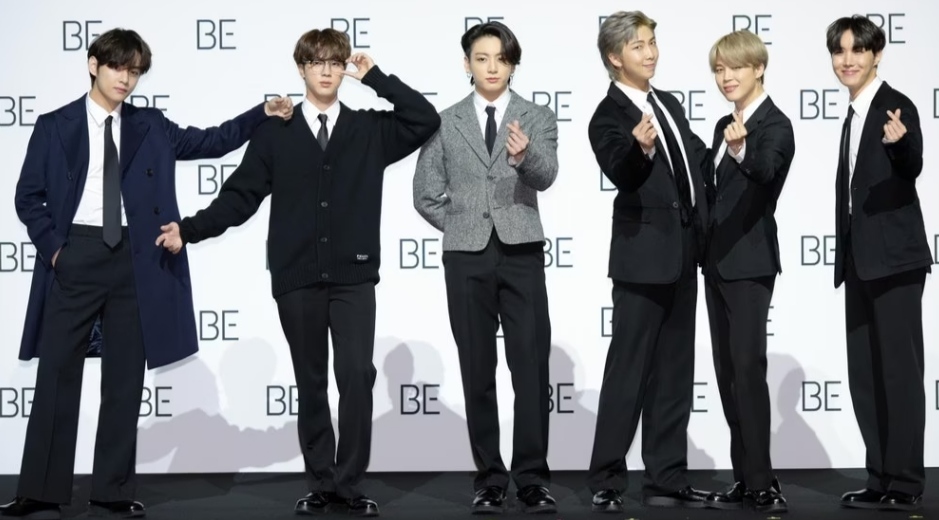 Great moments require great outfits and BTS knows it. At the press conference for the release of their new album BE, the band wore elegant Prada suits. In that gray jacket, Jungkook takes the cake.

It seems that BTS always has their most spectacular looks reserved for New Yokr (and perhaps for when they visit Jimmy Fallon).

For their first appearance on The Tonight Show Starring Jimmy Fallon in 2018, the boys were a riot of style, pairing glamorous patterned mix’n’match suits comprised of high-gloss lamé jackets and geometric patterned two-pieces. Insurmountable. 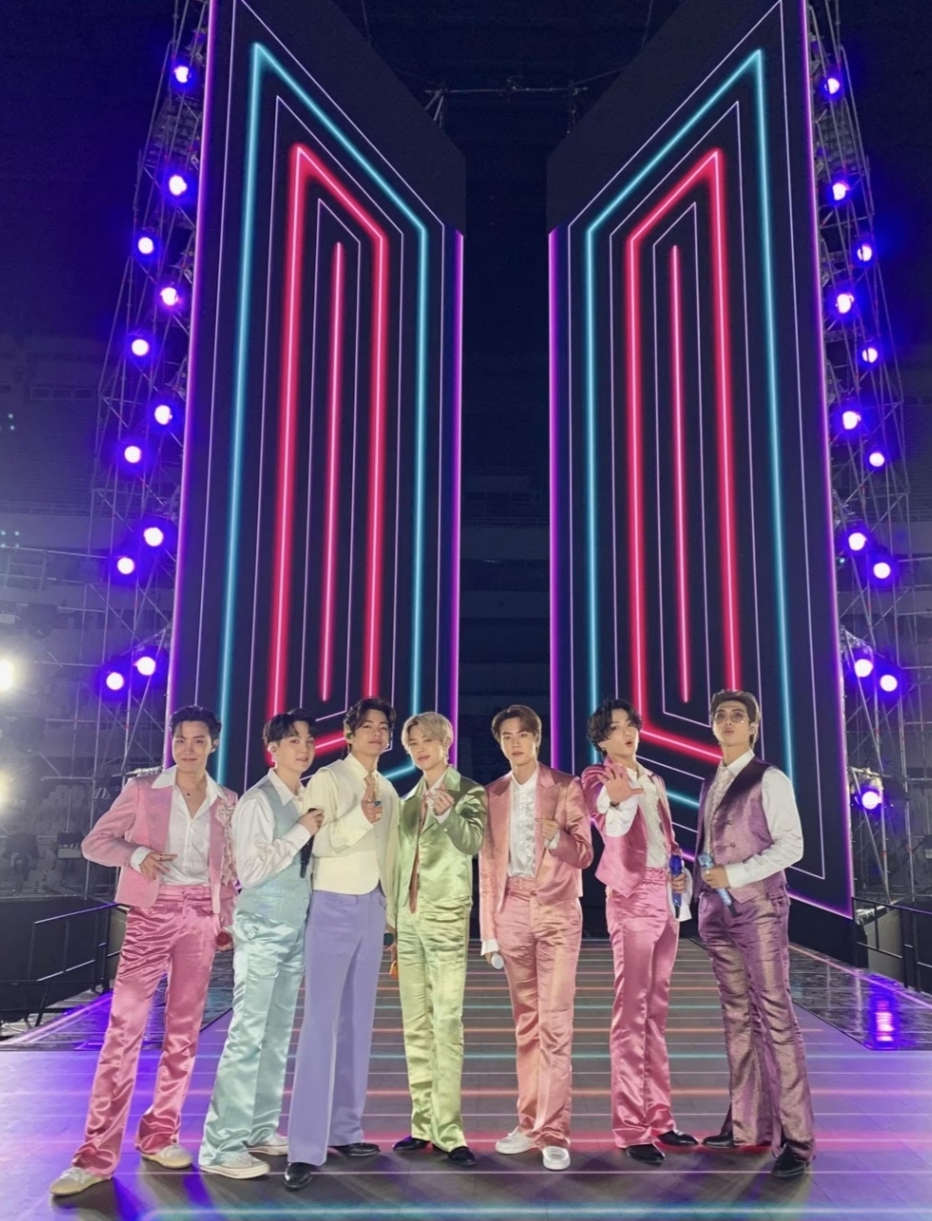 For the 2020 American Music Awards, the septet blew the wall.

And it is that after they were seen for the first time on stage in elegant black and white outfits to sing their latest hit, “Life Goes On”, RM and company quickly changed to wear colorful satin suits with flared pants when they returned to the stage to perform “Dynamite”. The Koreans shone not only because of the colorfulness of their outfits, but because each member wore a unique retro design.

Soccer Player Iker Casillas comes out and then says is fake