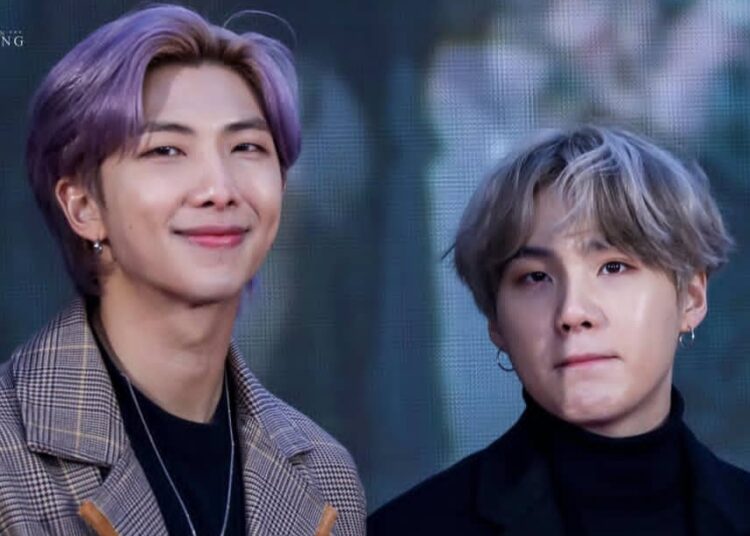 Bangtan members defied gravity in the latest episode of “Run! BTS”, their most famous reality show

BTS premiered a new episode of their reality show “Run!”, Which is broadcast on the VLive platform. The format consists of a series of activities, themes, and games that the members face throughout various episodes.

This program began airing since 2015, since then they have premiered several seasons.

They have also released “In The Soop”, another of ARMY’s favorite shows, which will premiere its second installment next October.

In addition to playing and having fun, the idols also receive rewards or punishments in each of the episodes.

In the most recent broadcast, Suga and RM were victims of extreme punishment, you know why.

Run! BTS premiered a new episode on Tuesday where Bangtan faced a karaoke challenge, one of the most popular activities in South Korea.

Idols had to memorize the lyrics of a song and interpret it without making a mistake, if they did, some or all of them received as punishment the blow of a flat lid on the head. Apparently, Suga was the one who made the most mistakes and lost the game, for which she received a heavy punishment. However, she had the opportunity to choose a partner to fulfill it and she decided on RM.

The members of BTS had to face a dangerous challenge, as the punishment consisted of climbing the largest tower in Seoul. It is the Lotte World Tower skyscraper, which is 555 meters high. The worst thing was that Suga and RM had to face the fear of heights, as they climbed a bridge that is suspended between two of the towers.

In the video, Suga closed his eyes as they started walking down the platform that hung at a great height. In the end, they both managed to overcome the adrenaline of the moment and admired a breathtaking view of Seoul. At all times they had safety equipment and a guide.