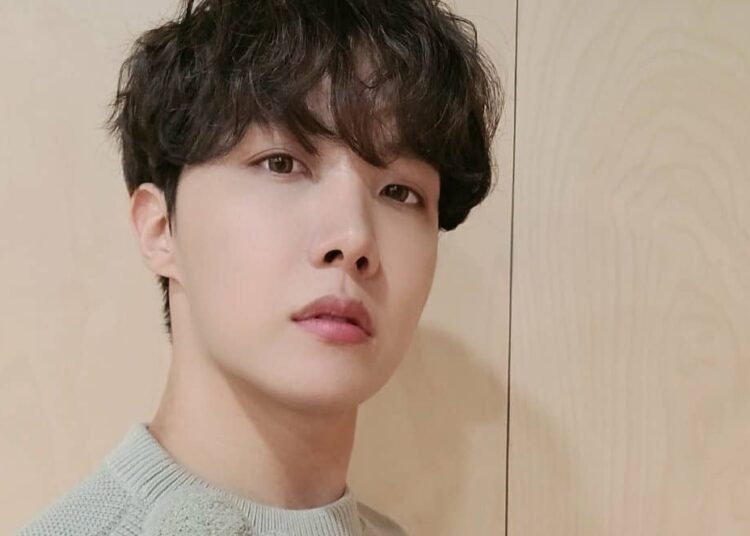 Hobby assured that he wanted to collaborate with this beautiful artist, but that he was not sure after meeting her

The members of BTS have shown that they are very talented, not only in singing and dancing, but also in producing and writing their own songs. A proof of their abilities in music are their solo activities, as for example in their mixtape RM, Suga and J-Hope they surprised the ARMY with their styles and showed that they are complete artists.

The last to release solo material was Hobi, who in 2018 revealed his mixtape “Hope World”, an album that he worked on for many years and that he was not sure about releasing. However, he had a great reception by the ARMY and had several achievements on the major charts around the world.

The main theme of this record material “Daydream”, a single that, unlike Namjoon and Yoongui’s work, had a more colorful and cheerful touch. In addition to this success, the rapper and dancer decided to collaborate with a renowned artist in Latin music, it was the singer Becky G.

The reggaeton singer agreed to do a duet for the song “Chicken Noodle Soup”, however, J-Hope was concerned that the American would not want to work with him because her first meeting was very uncomfortable and caused him remorse.

In 2019, Hoseok and Becky G met during the Billboard Music Awards, prior to their meeting the artists had already talked about a collaboration, however, when interacting in person J-Hope said he felt a bit uncomfortable.

“I asked her if she had heard the song and I told her that I listened to a lot of her songs. We chatted a bit, but it was a bit awkward. I didn’t know what to talk about, “the rapper revealed at the time.

The BTS dancer said that after the urban singer took a photo with the k-pop band and left, he began to feel remorse. “If only I could communicate a little better! We could have talked about so much more! ”He recalled.

“It was a pity. I was worried that we might not be able to talk much. I thought maybe she didn’t want to collaborate. I was very, very worried, “J-Hope said.

However, Becky G agreed to collaborate with J-Hope on “Chicken Noodle Soup.” In fact, in the behind the scenes of the MV you can see how the singer had a very good relationship with the BTS member, because although the rapper had a hard time speaking in English, the reggaeton was always patient and with the best attitude to that both could enjoy filming the video.

Also, the American-Mexican singer was very excited when RM and Jimin performed the song of her and Hobi during BTS Muster Sowoozoo, as they sang in English, Korean and Spanish, leaving the entire Latin American ARMY and the singer’s followers shocked of Without pajamas and Older.