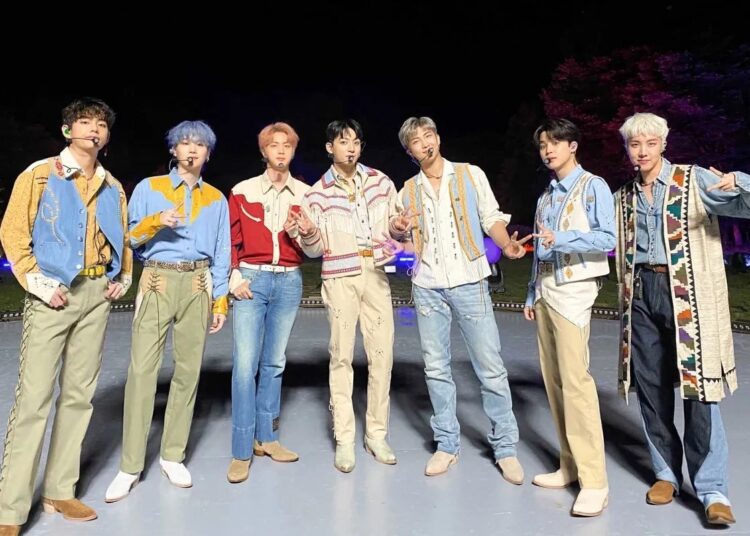 It’s been a long two years for BTS fans, but finally ARMY and the South Korean group will meet again at a live show, announced by the boys for the end of November and the beginning of December.

This will be the first time BTS has performed in person since the end of the “Love Yourself: Speak Yourself Tour”, which had its last concert in 2019, months before the world entered the Covid-19 pandemic, which begins to see its possible end after long months of vaccination across the planet.

The show was called “Permission To Dance On Stage” and will take place at SoFi Stadium in Los Angeles which seats 70,000 people and expands to 100,000 people for large events like the Super Bowl and the Olympics. The official dates are November 27th and 28th and December 1st and 2nd.

In other releated news, after the success of “Bang Bang Con”, BTS is already preparing for their next online show, the “PERMISSION TO DANCE ON STAGE”. The event is scheduled for October 24th.

You may also like: Will BTS’ Jin be part of the 2nd season of Squid Game?

Information about availability and possible free to watch, however, has not yet been released. What is known so far is that the presentation will be broadcast by Weverse, platform of HYBE Corporation, the company responsible for Big Hit Music, subsidiary agency that takes care of BTS’ career .

“We will provide additional information with online ticket booking details” says a statement.

On YouTube the K-Pop group posted a video in Korean inviting fans to watch the show online:

“Our stage is wherever you are“, they added.

Tom Holland wants to take a break and start a family: “I can’t wait to be a dad”

Pope Francis assures that homosexuality “is not a crime”, but a “sin”