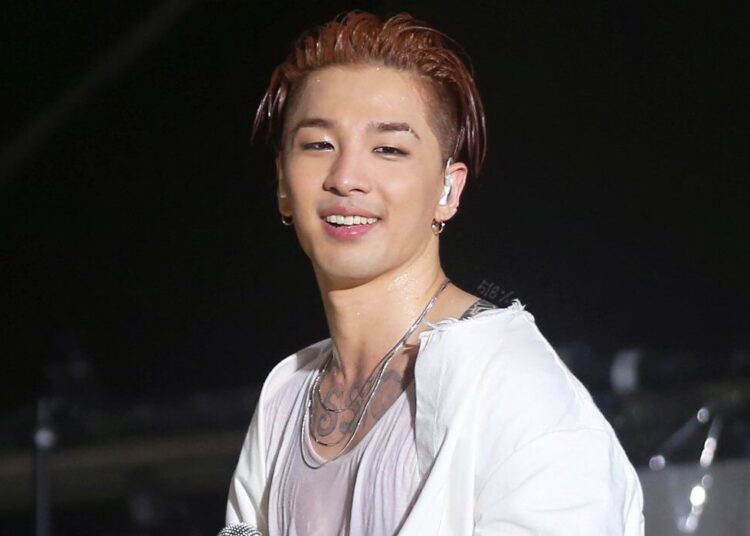 This Monday, September 27th, Taeyang, member of K-Pop group BIGBANG, announced that he will be a father! The artist has been married to actress Min Hyo Rin since February 2018 and now the two are getting ready to take a new step in the relationship by increasing the family!

The information was revealed by the Soompi website and states that the child’s birth will take place soon. Min Hyo Rin’s agency also confirmed, stating that the actress intends to continue with the pregnancy out of the spotlight:

“We ask for your understanding in not being able to answer other questions“.

According to this article, BIGBANG Taeyang's wife, Min Hyo Rin is currently pregnant and expected to give birth soon

YG Entertainment, responsible for Taeyang’s career, has not commented so far. The artist debuted with BIGBANG in 2006 alongside G-Dragon, TOP, Daesung and Seungri, the latter eventually left the group in 2019 after becoming involved in a prostitution scheme and sentenced to three years in jail.

The BIGBANG, for those unaware, was already established in South Korea before groups such as BTS, BLACKPINK and EXO burst in the music industry. It turns out that, due to the controversies and enlistment in the army, a comeback has not been made for years.

In another releated news, in April, G-Dragon turned over to DAZED Korea magazine which has written many songs for the group.

“I’ve been working on music and BIGBANG lately so I focus on finding keywords related to them, I spend most of my time writing lyrics, so I usually take notes“

However, no news has been revealed since then. Their best known song is “BANG BANG BANG”, released in 2015. Watch: