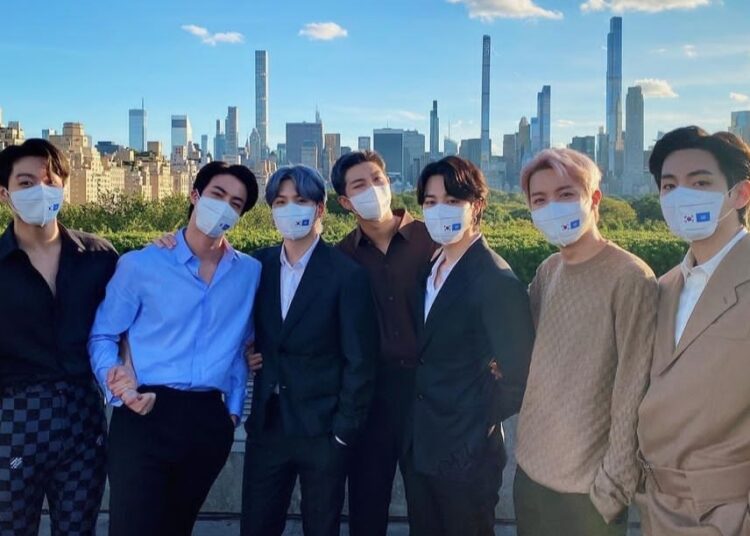 This week the world’s attention was placed on BTS. This time the k-pop group did not attract attention because of a new musical theme, but because they gave a speech aimed at youth at the 76th Assembly of the United Nations (UN). The event caused great controversy, as there were people who did not agree with the presence of idols in said international organization.

On Monday, September 20, RM, V, J-Hope, Jimin, Jungkook, Suga and Jin spoke in front of world representatives during the 2021 Sustainable Development Goals Moment (SDG Moment) opening ceremony. they positioned themselves on the pandemic, climate change and the future of the new generations.

The South Korean group has had a lot of impact in recent years.

Boys, girls, youth and adults from all over the world are part of the so-called ARMY and listen to every teaching that the band gives through its music and its presentations.

The South Korean group has had a lot of impact in recent years. Boys, girls, youth and adults from all over the world are part of the so-called ARMY and listen to every teaching that the band gives through its music and its presentations.

For this reason, it is not surprising that the UN once again invited them to one of its events, since in 2018 they attended the United Nations as part of the Love Myself campaign they did with UNICEF, while in 2020 they participated in a virtual event.

Despite the fact that BTS already has a history of being summoned by the United Nations, the band was harshly criticized, as many people consider that the Assembly in New York is a place for politicians, activists and project specialists, who discuss problems about the world.

During a VLive broadcast held on Tuesday 21 from New York, BTS spoke about the experience of being speakers at the United Nations Assembly and assured that they are aware of the controversy they generated by performing at such an important event.

On that occasion Suga took the floor and spoke about the positive impact that the presence of the boyband had, since the visits of the Assembly increased, which normally does not have many spectators.

“We were only speakers. In the interview we were told that for other sessions there were a small number of views. But when we came, the amount increased. They talked a lot about it, ”she emphasized.

Regarding his participation in the summit, Yoongi stressed that he is aware of the role of the band and asked those who criticize them not to rely on prejudice to judge them.

What are they going to do there? ’We have our role very clear: to promote the sustainable development goals.
C

We come to do that as special envoys, you don’t need to look at us with polarized lenses (prejudices) ”, said Suga.

Finally, BTS elder Jin added that if many people were able to see the SDG message thanks to them, then their mission was accomplished.