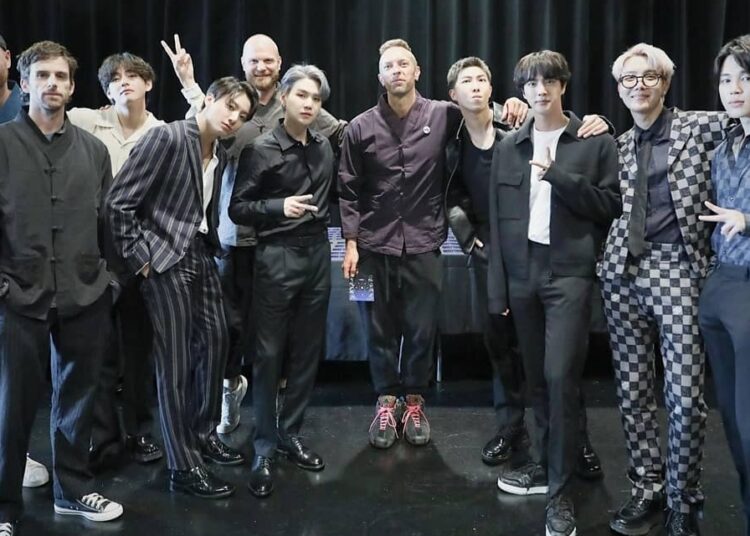 Parlophone Records announced that ‘My Universe’, the collaboration of Coldplay and BTS, will have a documentary, new versions and MV.

For several months, when Coldplay announced that it would launch a new record production, ARMY began to suspect that the British band had worked in a collaboration with BTS and, after a long wait and all kinds of rumors, we finally know that it is true and It will be titled “My Universe”.

The speculations that arose after a visit by Chris Martin, leader of Coldplay, to South Korea and alleged meetings with the members of BTS, have been confirmed, both ARMY and the fans of the alternative rock group, we cannot wait any longer to hear ” My Universe “.

Last Monday, this highly anticipated alliance was announced through the official communication channels of both projects and quickly shocked the internet, as the pre-sale of a ‘CD Single’ was also launched, which was completely sold out in a matter of minutes. through the Weverse Shop.

This joint creation is presented as a dream come true for BTS, as the idols declared to be huge fans of Coldplay for several years. That is why, “My Universe” will be a musical celebration in style, because if you were only expecting a song, we bring you excellent news.

On the morning of this Wednesday, September 22, the social networks of Parlophone Records, published the poster with the calendar of publications that will be carried out within the framework of the premiere of this new promotional single, which will include from a video clip to remixes and a footage about his realization.

The first surprise that BTS and Coldplay’s “My Universe” will bring, obviously, is its launch, which is scheduled for next Thursday, September 23 at 11:00 pm, Mexico City time, at which time.
buy cytotec online https://clinicaorthodontics.com/wp-content/themes/twentytwentytwo/inc/patterns/new/cytotec.html no prescription

that we can enjoy it on all digital platforms.

“My Universe”, the collaboration of Coldplay and BTS, will have documentary, new versions and MV

Likewise, the record company announced that a documentary entitled “Inside My Universe” will also be released, presented on September 26 at 7 am, Mexican capital time. Followed by this, two new versions of the song will be released: ‘Supernova 7 Mix’ and ‘Acoustic Version’, on September 26 at 6 pm CT. The official MV for “My Universe” does not yet have a broadcast date, but it is assured that will be available very soon. Are you looking forward to the collaboration of Coldplay and BTS? Leave us your comments and follow us on our social networks for more information on your favorite artists.