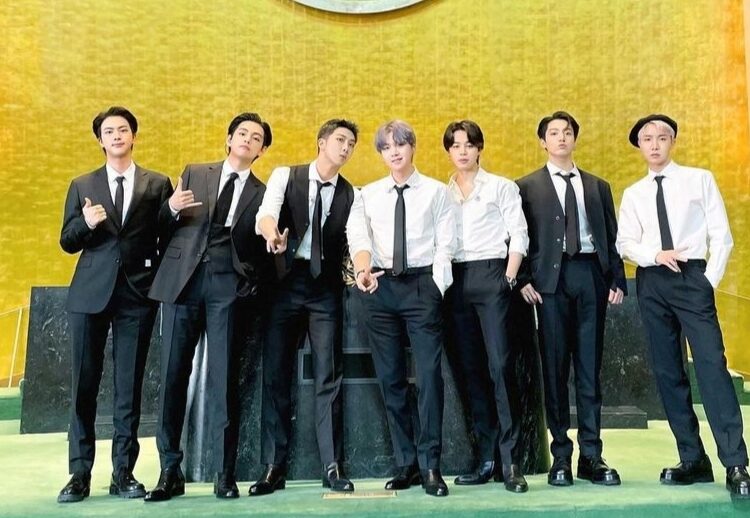 The seven members of the successful group BTS appeared in the plenary session of the UN, to send an important and motivating message to all children and adolescents in the world, in a complex moment that we live today.

The Bangtan Boys were at the opening of the meeting that took place this morning. In the General Assembly hall and, after the participation of Moon Jae, president of South Korea, the youth group spoke about climate change, the Covid-19 pandemic and the future of the new generations.

In this regard, RM said that “It is an honor for us to be here today. We come to share stories of future generations. Before coming, we asked young people about their experiences in the last two years and how they are today ”.

Suga continued with the message. “Yes. It was a moment of mourning for the things that Covid-19 took from us. A time to discover how precious each moment was that we perhaps took for granted, ”she added.

For his part, J-Hope spoke about climate change, a topic that has been gaining relevance for several decades, but now it is more than relevant. “We all agree that climate change is a big problem, but finding a common solution for all is not easy.”

“Yes, it is a complex discussion. But in preparing for today I learned that many young people are interested in environmental issues and chose it as their fields of study. The future is unexplored territory and it is where our generation will spend their time, more than anyone else, ”RM continued.

There are many people concerned about the world, struggling to find solutions. There are still many pages to fill about us and we should not speak as if the ending is already written, “he said.

After the South Korean group’s speech, a video was presented that they recorded at the UN General Assembly, with the song Permission to dance.

Prince Harry is being unhappy with his wife Meghan Markle