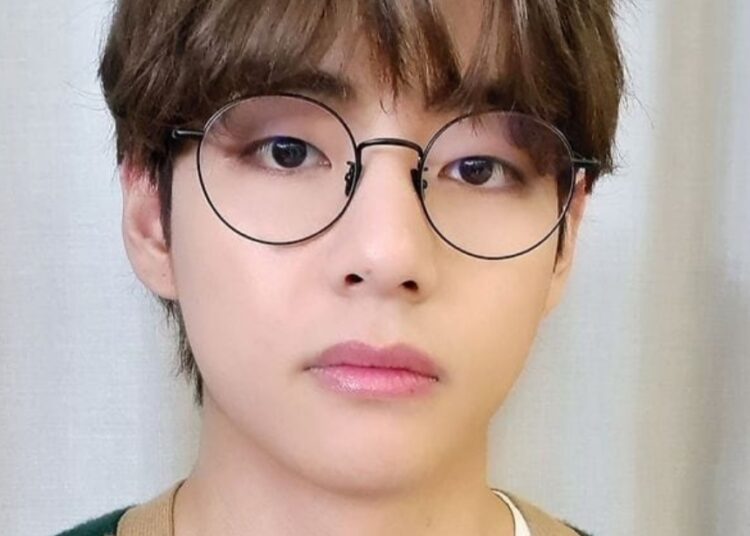 Recently, the BTS members were caught at the Incheon airport, South Korea, where they went to catch their flight to the United Nations in New York, and K-Media named Taehyung ‘Baby Prince V’.

In addition to the names by which they are known worldwide, BTS idols, within ARMY, are called by various nicknames that identify them thanks to certain of their qualities and iconic moments they have shared with the fandom. This is how, for example, Jungkook is also recognized as the “golden maknae”, being the youngest member of the band.

There is also the “woldwide handsome”, a nickname that refers to Jin for his beauty, the “Rap Monster”, one of Namjoon’s first artistic pseudonyms, “Mochi”, nickname for Jimin, “Hobi” or as ARMY calls him from love to J-Hope, among others. This is how, recently, a new way of naming V has appeared, with which they have made Taehyung a member of royalty.

The footage of this moment in which the paparazzi captured the passage of BTS through the airport, were shared by South Korean media, who highlighted the presence of Taehyung due to his shiny appearance, which he daily captivates the entire ARMY .

But among all the descriptions in the press releases, a video circulating on YouTube entitled “Baby Prince V leaving for the United Nations General Assembly” has attracted special attention, in which the singer’s departure is shown.

in front of the cameras and the moment in which he says goodbye to the press with his diplomatic passport.

Because of this, ARMY has already considered him, definitively, one more member of the royalty of BTS and they could not agree more with naming Taehyung “Baby Prince V”, both for his charisma and his attractiveness that, to at the same time, he shudders with his gaze and causes tenderness.

What do you think about the new nickname “Baby Prince V”?