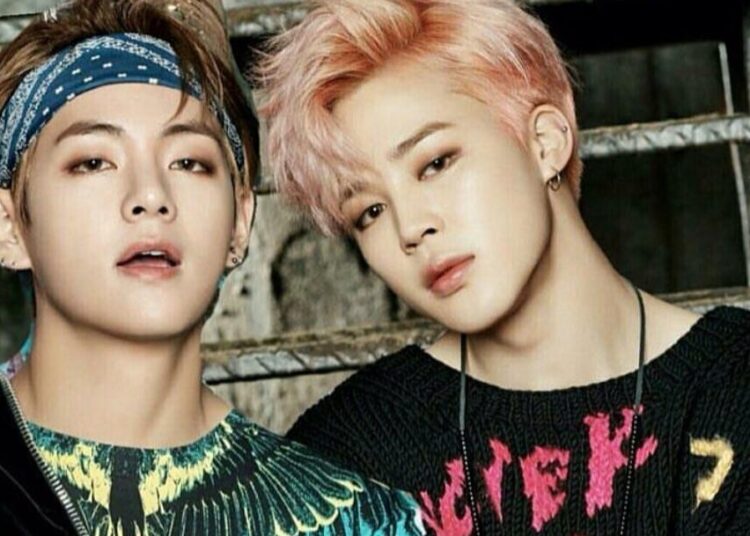 The members of the K-Pop band did not hesitate to confess who is the lucky one who stole their heart, even if it is the same girl who inspired them

BTS’s V and Jimin not only share their love of music, singing, and dancing, they also surprised fans when they confessed that they like the same girl. Idols were even inspired by her to compose some of her songs, meet the lucky one who managed to steal her attention from her.

Although Jimin had a girlfriend before he was famous, it is unknown if V ever fell in love, although both have been the targets of dating rumors with other famous idols. Another case is that of Jungkook, who has had a crush on the soloist IU, but Suga was lucky enough to collaborate with her.

Currently, all the members of BTS are single, but during an interview their leader RM addressed the question of whether two of them would ever notice the same girl. The leader of the group joked and said that he would not give up if the case was brought up, he would go all the way for the girl he likes, but what happened to V and Jimin?

Did the BTS members fall in love with the same girl?

V and Jimin are among ARMY’s favorite friends, both idols attended the same high school and knew each other before they were famous. He also has a song titled “Friends” that shows their good relationship.

Their friendship seems to have brought them together by having common tastes, even when it comes to falling in love with the same person. BTS idols confessed that they liked the same girl. During an interview, the K-Pop group was questioned about their love life and if they had a crush on a famous person, Jimin and V confessed that their crush is actress Rachel McAdams.

the fact that Taehyung wrote Winter Bear because he loves About Time starring Rachel McAdams… gets me ? #1YearWithWinterBear pic.twitter.com/w7lfaYegIr

Also, she starred in her favorite romance movies, but the Canadian star is not only her celebrity crush, but she has also inspired both idols to compose her songs.