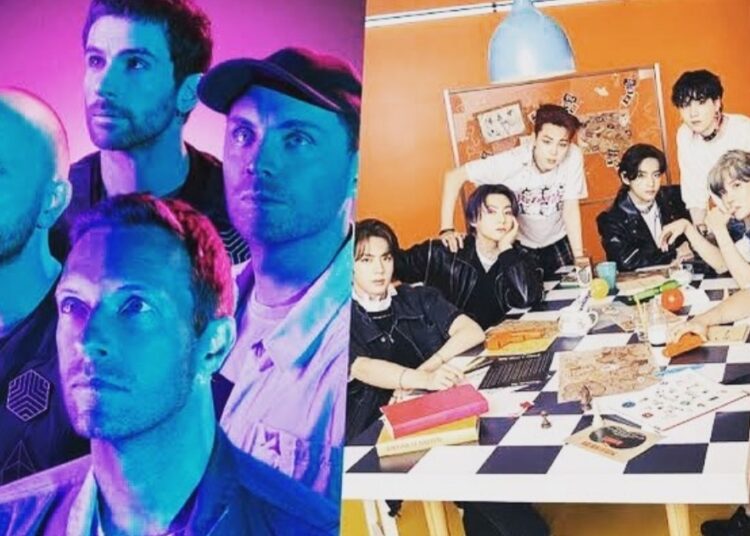 On September 13 local time, Coldplay revealed the teaser image for their upcoming single “My Universe,” in which BTS is participating. The single will be released on September 24.

According to the purchase information, “My Universe” will be available as a limited edition two-song CD and will include a replica of the song lyrics handwritten by Coldplay and BTS. (The two songs are “My Universe” and the instrumental version).

In July, there were rumors that BTS would be participating in a new Coldplay song but Warner Music Korea and Big Hit Music did not confirm the news at the time.

Earlier this month, BTS and Coldplay’s Chris Martin participated in an interview together about BTS’s “Permission to Dance” challenge.

The single also features a physical version exclusively for South Korea whose preorder on Weverse opened at 10:00 p.m. m. in Seoul. According to ARMY reports, the limited copies sold out in 10 minutes.

There was also ‘sold out’ at the official Coldplay store. According to the detailed characteristics on its website, the limited edition of My Universe has its interior cover a reproduction of the letters written by hand by the interpreters of “Higher power” and BTS.

He emphasizes that for each CD, cassette or vinyl purchased at the Coldplay store, “the band will plant and care for a tree in association with the One Tree Planted organization.”