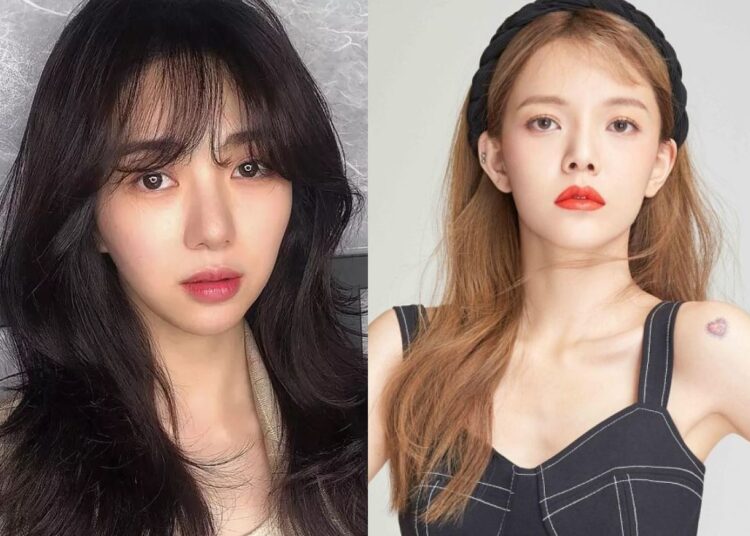 In 2020, Mina’s indictment of AOA’s Shin Jimin brought the Korean entertainment industry to a standstill.

The idol-actress claimed that she suffered from depression due to the alleged mistreatment of who she was the leader of the K-pop group. Fourteen months later, Dispatch exposes a new version of the bullying case.

The news portal attached messenger chats and transcripts of the audio recorded during the visit of the AOA members (including Jimin) to Mina’s home, where they tried to defuse the situation. In that meeting, Shin Jimin apologized multiple times, but Kwon rejected her apology, arguing that they were not sincere.

Text messages posted by Dispatch validate that Mina and Jimin had reconciled at the funeral of the former’s father. The conversation was cordial between April and May 2020 and they treated each other warmly. After two months, on July 3, Kwon Mina publicly accused Shin Jimin of psychologically abusing her and even taking an attempt on her life as a result.

That morning, the AOA members went to the house of her former partner. Mina and Jimin had discrepancies in their memories. The former leader claimed not to remember hitting him beyond a shove, but she still wanted to apologize. Mina was on the defensive. “You hit me with your fists. It seems that your memory is not good. You are not here to figure things out,” she said.

You could be also interested in: LOONA announce debut in Japan with ‘Hula Hoop/Starseed’.

Jimin commented that she was stern for the group’s welfare. Mina assured that this attitude of hers made her sick and take medicine. “You bullied me every day,” she insisted. Other AOA members acted as mediators between the two girls. “It is difficult to express your feelings when you are young. Jimin, saying you’re leaving doesn’t solve the problem. If you are upset with something, listen first. You’re the oldest,” said lead vocalist Choa.

She tried to reason with the two singers; She said that at that time they had a complicated schedule and that she unloaded her sensitivity with Mina. The former leader apologized again on multiple occasions. By the end of the meeting they seemed to have settled the issue, and Choa also showed Mina that she used to be disobedient when she pointed out something in the group.

“You are a noble person, but also when I said something to you, you would not listen to me. I thought you were like that and I honestly gave up. However, when Jimin asked you for something, if you listened to him … surely she thought he was proceeding correctly, although it was not like that,” she pointed out. 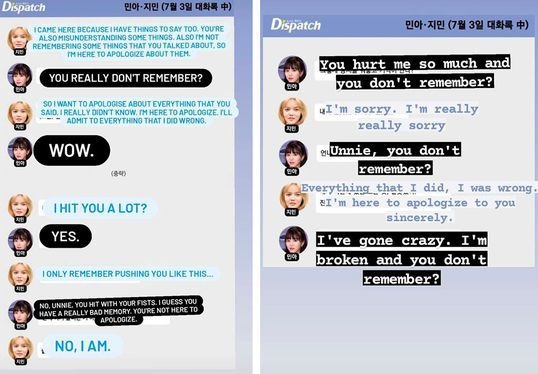 Dispatch points out that although everyone left the meeting calmly, Mina again rejected Jimin’s apology hours later. The medium showed that the idol actress sent complaints to her former leader from November 2020 to May 2021. The Kakao Talk logs sent to Dispatch contain the conversations of FNC Entertainment managers who worked with the girlband.

A source from the entertainment industry managers union classified this as an abuse of power in front of her subordinates. “If it is necessary for their work activities, the celebrity can request an appointment to the hospital, but requesting it for a relative is outside the scope of work.” Other group posts from FNC staff revealed complaints about the singer’s claims.

BTS’ Taehyung hinted at his return to acting in a K-drama?