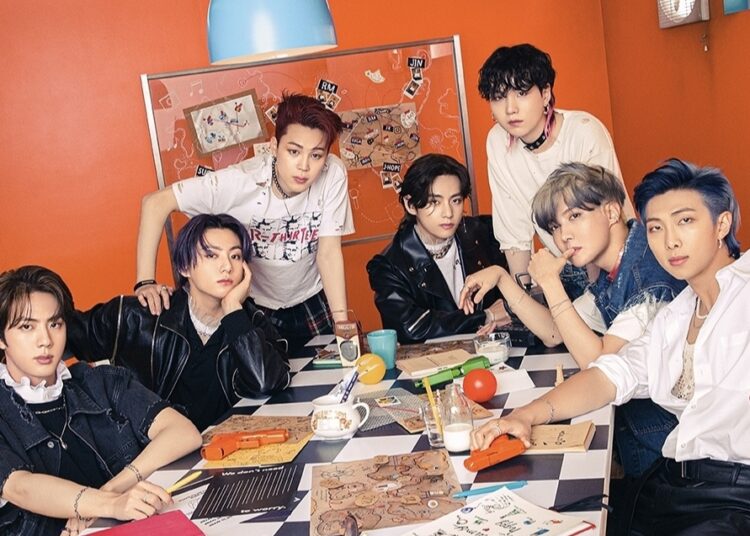 Chinese social network Weibo banned a fan club of the popular South Korean K-pop band BTS from posting for 60 days, arguing that it had illegally raised funds days after photos of a custom aircraft sponsored by the club surfaced online. fans.

The club’s account, which has some 1.1 million followers on Weibo, is primarily focused on BTS member Jimin. The restrictions on the account come amid China’s campaign to clean up the entertainment industry and reduce “irrational behavior” displayed by fans.

Chinese President Xi Jinping has called for a “national rejuvenation” with greater control of the communist party over business, education, culture and religion.The party has since reduced minors’ access to online games and tries to discourage what it sees as unhealthy attention to celebrities. Last week the government banned effeminate men from appearing on television and also talent shows for “their low moral values” that could be a bad influence on young people.

BTS’ fan account will be unable to post to Weibo after images surfaced online last week of a custom Jeju Air plane with images of Jimin on it. The plane was part of the club’s plans to celebrate the musician’s 26th birthday in October.

The gift quickly drew criticism for its excess. Following criticism, the account published a statement last week asking fans to be “rational” in following celebrities in pursuit of a “harmonious and healthy environment” on the internet.

Weibo said in a statement Sunday that the club will not be able to post for 60 days after it was found to have raised the funds illegally.

“Weibo opposes such irrational star-chasing behavior and we take it seriously,” the statement said.

The fan club began raising the money in April to prepare for the birthday, according to state media Global Times, raising about 1 million yuan ($ 150,000) in the first three minutes of the campaign and 2.3 million. yuan ($ 360,000) in the first hour.

Weibo said in a separate statement on Sunday that it banned another 21 fan accounts for 30 days for posting content with “irrational star-chasing behavior.” The banned fan accounts were mainly of K-pop celebrities such as members of the boy bands NCT and EXO, as well as the girl band Blackpink.