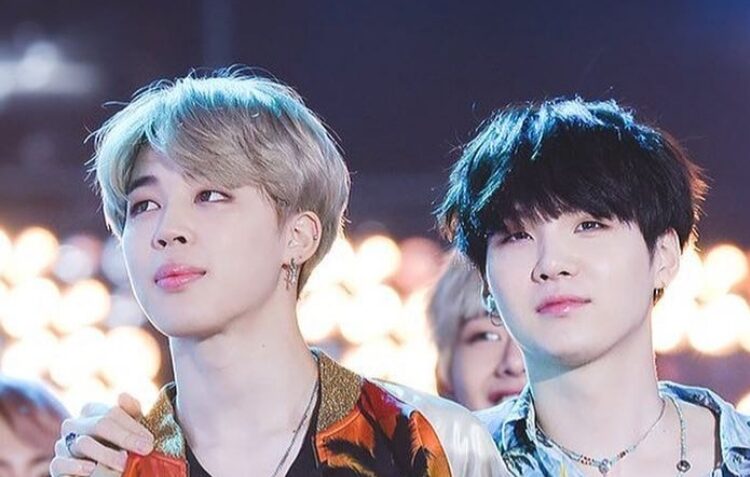 Meeting BTS is one of the many dreams of their fans. Very few have had the opportunity to attend one of her concerts, get an autograph or even a souvenir photo, but this ARMY is the envy of all, since Jimin and Suga made her their favorite girl for this reason.

These two members are currently single, but before they were famous they had girlfriends, although the rapper did not have a happy ending and Jimin proved to be a gentleman, according to his ex-partner.

But when it comes to their beloved ARMYs, they are the most spoiled girls, since they have dedicated songs, messages and some of their achievements to them. How much does it cost to meet BTS?

Although it is more about luck than a VIP ticket, this girl will never forget this day when both idols showed all their love for her.

Who made the boys of BTS fall in love?

Jimin recently showed his gratitude and love for ARMY with a great bow, one of the greatest gestures of respect in his culture. The BTS idol thanked them for making their song “Permission to Dance” hit # 1 on Billboard.

But if you thought this was the most romantic show of him, check out this fan’s story. During an autograph signing for their album “Map of the SOUL: Persona”, a fan won the hearts of Suga and Jimin.

The lucky ARMY was not only lucky to win a pass to this event, since she is only won by raffle when

When it was her turn, the girl paraded around the table and was able to greet the Korean idols, who asked her name, but instead decided to give her an affectionate nickname.
C

Suga decided to call her “My baby” and Jimin “princess”, since she gave him matching crowns that they both wore at the same time. The Indonesian girl shared her entire experience through a video to remember the best day of her life.

The intense flirtation of Hyunjin and Changbin of Stray Kids