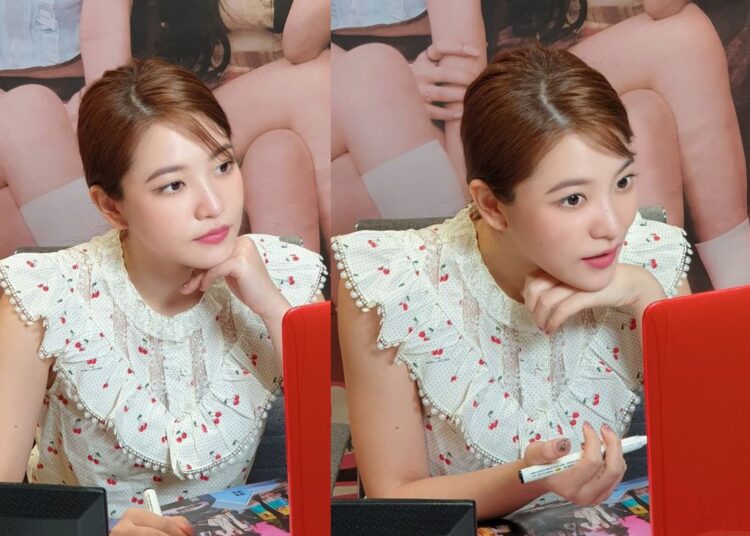 A staff for Red Velvet Yeri‘s recent video call fansigns was called out on Twitter for his rudeness towards some fans. The fan had been unable to properly hear the audio for the video call and relayed the information to Yeri. However, the staff at the fansign had immediately begun to falsely explain to Yeri that the fans were purposely doing so just to record the reaction of the artist.

Fans were disgruntled at the staff member actions, with some claiming he was “mansplaining things falsely” to the Red Velvet member, while others called him out for being rude to paying fans. On the other hand, others argued that rather than screenshots.

You could also be interested in: Stray Kids has become a million-seller artist with their album “NOEASY”.

fans had no time to waste during such calls and simply press video record right off the bat, calling him out for his mistaken explanations. The fan even uploaded a cut of their video call to prove that the audio genuinely had issues. Following which, the organizer of the fansign, Soundwave, issued an apology late at night after recognizing that the matter had gone viral.

Not only regarding the matter of the staff, Soundwave had also been accused of changing the time of the calls at the last minute, shifting it to an hour earlier than planned and had only notified fans 10 minutes before it was about to begin. With this apology, fans hope that fansign staffs will tread with more care in the future.