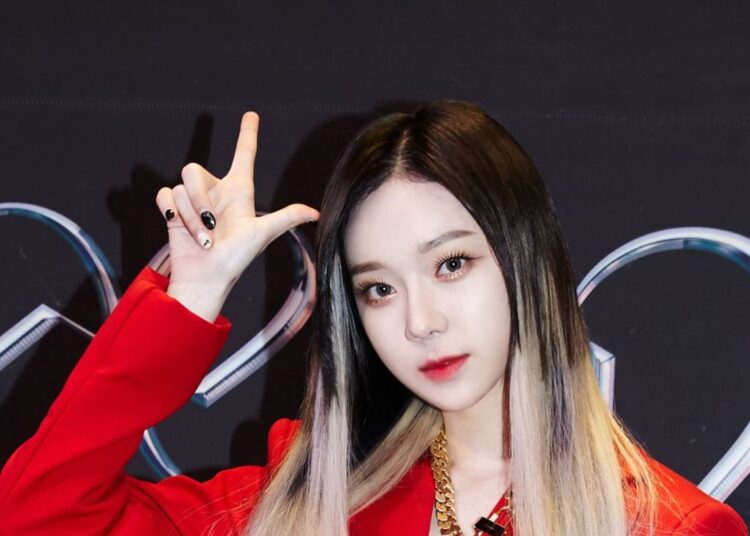 On August 31, Aespa’s Winter opened up about her experience with pet hamsters on the Bubble service, which allows celebrities and their fans to communicate.

The aespa member started out by sharing, “I had 25 hamsters when I was in school. I definitely started with just two, but their relationship was really good.”

She continued, “When they’re just born, they’re really cute. Just babies. Then I decided to only raise one of them who was kind of sick, so I only raised one.” Winter’s story about her pet hamsters is now causing controversy online as some netizens are accusing her of abusing the animals.

According to netizens, each hamster should be separated in different cages, but Winter is said to have put her first two hamsters in the same cage, which caused them to reproduce. 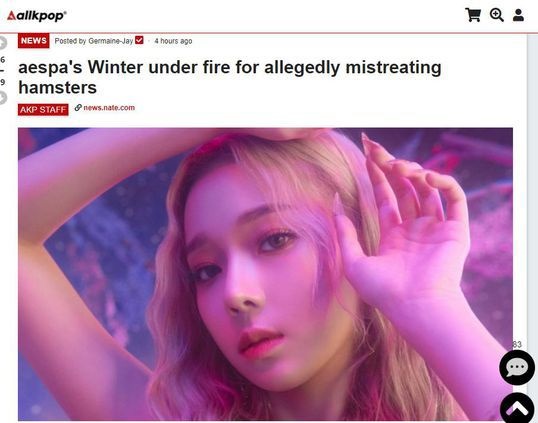 Netizens questioned, “Where did she put the other 24 hamsters,” “She thinks of animals lightly,” “She didn’t look up any information before getting them,” “You should know the basics before raising a hamster,” and more. This isn’t the first time the aespa member was embroiled in a controversy over alleged animal abuse.
C

You could also be interested in: TXT’s Soobin reportedly attacked by manager.

On the 25th, Winter posted a video of herself petting a cat on Bubble, and some fans allege she was too rough about stroking the cat’s head and face. When the cat avoided her, she mimicked a cat’s cry, which caused the pet to run away.

The counterpart came in response to the article created by Allkpop, since they considered it in bad taste to only highlight the negative comments and not those of their true fans. At the moment, SM Entertainment has not commented on the situation of the artist, and the fans of the group have sent positive messages to their social media.

Shakira confesses that Gerard Piqué is a toxic, controlling and jealous person