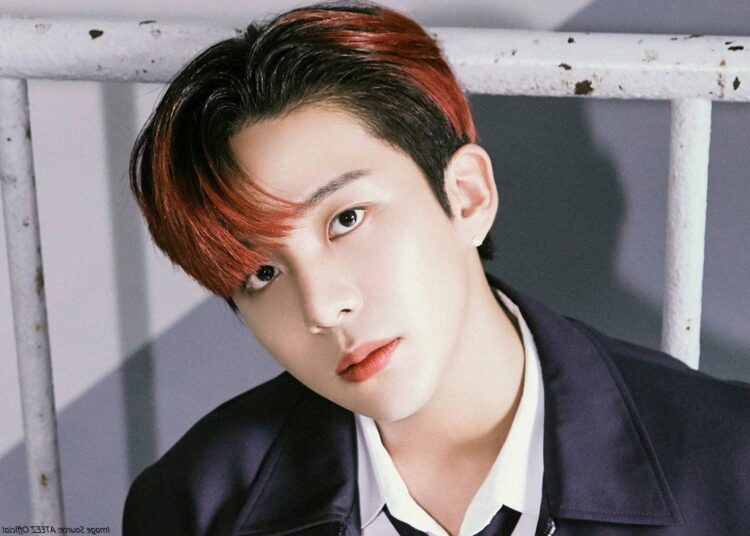 The ATEEZ scheduled his next comeback for September 13, with the album “ZERO: FEVER Part.3“, only that not all members actively participate in the performances. In a statement released last Saturday, August 28th, KQ Entertainment announced that Jongho had recently injured his knee.

The agency clarified that Jongho was diagnosed with a cartilage injury in one of his knees, which ended up interfering with his participation in the new project. “In order to recover, he participated in a limited choreography for the content of the new album”.

“Hello. This is KQ Entertainment.

This is a warning about the health status of the ATEEZ Jongho member.

Jongho recently visited the hospital because he has been experiencing discomfort in his knee and was diagnosed with a small cartilage injury in his knee.

Although it’s a minor injury, he has been refraining from intense choreography for the recovery of his previously injured left ankle and the return of the new album in September.

In order to fully recover, he participated in a limited choreography for new album content etc., which are being released consecutively. Therefore, he will not participate in the choreography at the Japanese online event starting today.

Jongho is recovering well and this is to ensure his participation in the stage and activities of the new album “ZERO: FEVER Part 3”.

We ask for your understanding and we will do our best so that he can recover quickly.

Although ATEEZ released their sixth mini-album “Zero: Fever Part.2” with the title track in March, the group has kept busy ever since.

In August, for example, they released a collaboration album with Kim Jong Kook titled “Season Songs” and some members also joined the famous American group a cappella Pentatonix for a special collaboration.