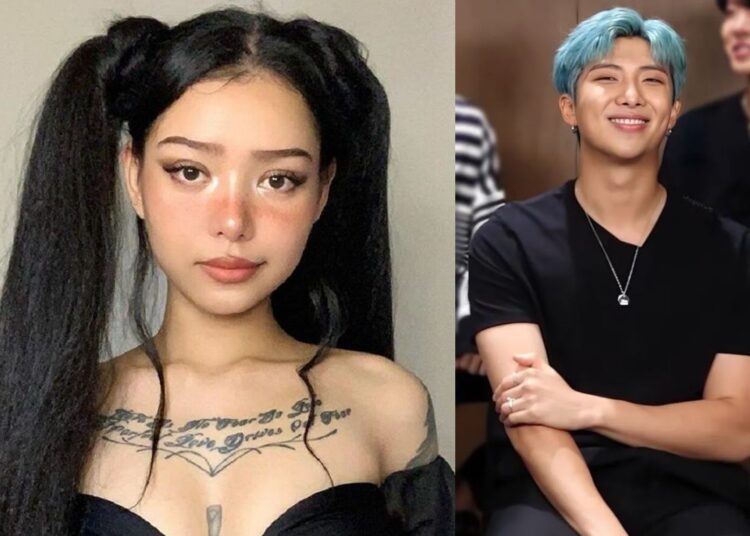 The tiktoker ended all the ARMY’s speculations and finally confessed who his “bias” is. The members of BTS, in addition to standing out for their voice, dance and talent when creating music, have also attracted attention for their physical attractiveness, as it must be remembered that some of the members have topped the popularity charts where their beauty is recognized.

An example is V, who a few days ago was chosen as the most handsome man in the world by Best Toppers. This time another member of the k-pop group came into the spotlight after TikTok star Bella Poarch revealed who she is madly in love with following various ARMY speculations.

The 24-year-old influencer had already said in June of this year that she liked a celebrity and that she is a member of the famous band BTS, which have become a worldwide phenomenon thanks to their fans and songs like ‘Butter‘ and ‘Permission to dance‘ which have been placed on top of the charts.

You could also be interested in: NCT’s Chenle sends heartwarming message to an LGBTQ+ fan.

At that time Bella did not reveal the name of her ‘crush’, but soon as possible ARMY began to speculate that it could be Jungkook, because the South Korean artist likes her tattoos and so does she. The singer also shared a TikTok video on her social media.

In the clip the influencer makes a parody of how she behaves when eating when she is in front of the person she likes and what she really does when her crush is not there. “Wait … who’s your crush?” Asked a Twitter user, to which Bella bravely replied “It starts with an R … and ends with an M“, giving a clear reference to RM, the leader of BTS.

Starts with an R…. Ends with an M?

ARMY’s reactions were immediate and quickly flooded the tiktoker’s account with memes in which they ‘warned‘ that there were many like her who were deeply in love with Namjoon, who thanks to his manly, responsible and intelligent personality, has conquered to various girls around the world.