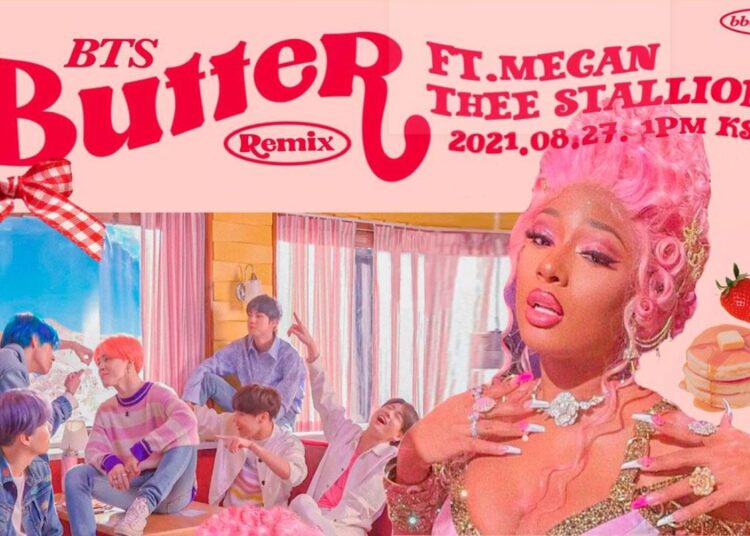 Naturally, the artist expressed her enthusiasm as her collaboration with BTS was made official following the teaser released by BIGHIT. “You guys don’t understand how excited I am!” She tweeted herself and added butter emojis. Due to recent events, the message was not long in receiving support from ARMY. It reached more than 315,000 likes.

You could also be interested in: BTS: Kim Taehyung is chosen as the most handsome man of 2021.

Megan Thee Stallion changed her Twitter cover photo of her with the design of “Butter” made by an ARMY. Days before the remix was confirmed, Megan Thee Stallion uploaded a video on her Instagram stories that fans now consider was a spoiler of the collaboration with BTS.

The rapper is very excited about this new project and it seems that she has been a fan of the boys for some time.

According to an insider, this new collaboration will be treated as an official comeback for BTS and it is highly likely that it will get a music video in the next few days. In addition, according to news collected by the insider, BTS ft Megan Thee Stallion would be happening at the MTV VMAs 2021 with a joint presentation that will break the Internet.

BTS’ Yet To Come (The Most Beautiful Moment): English lyrics and real meaning