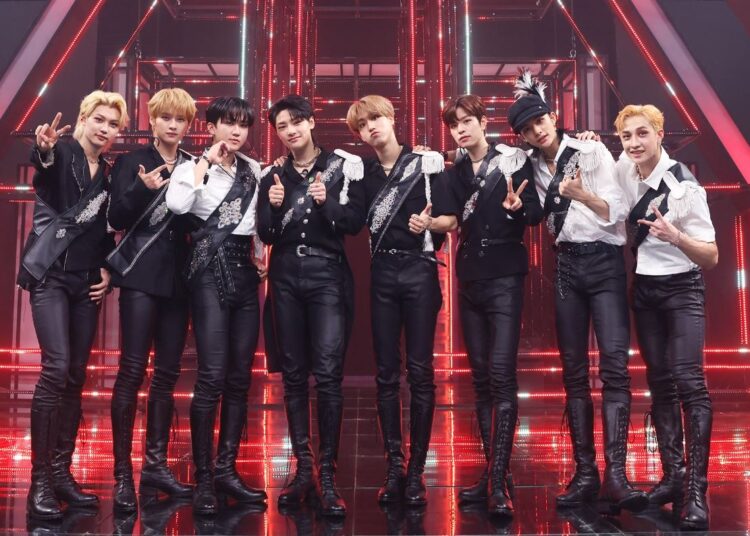 K-pop group Stray Kids is all the rage with their musical comeback. MV “Thunderous” outperforms other premieres of the day. Promoting to the rhythm of “Thunderous,” the album is the Korean group’s second studio album. In addition, it adds to the long list of works self-created by the talented members.

14 songs bring Stray Kids’ NOEASY to life. Each one is written or produced by the members of the K-pop boybanb. The participation of 3RACHA (Bang Chan, Changbin and Han) stands out throughout the tracklist. Also, the inclusion of the previously released mixtape “Oh” and “Wolgang”, the track with which they raised the crown of KINGDOM.

The international popularity of Stray Kids is evident after the premiere of their new song “Thunderous”, from the album NOEASY. The video clip ranks first on YouTube worldwide trends despite coinciding with releases from popstars. This chart shows the K-pop group’s theme in the lead with 74 points (#1 in +20 countries), while Olivia Rodrigo’s new video ranks second with a score of 34 and two #1s.

Digital sales around the globe also are on Stray Kids side. On iTunes, “Thunderous” rises to the top of 48 countries and also manages to debut at #1 on the world song chart. NOEASY also gets that spot on the world album chart.

You could also be interested in: Restaurant apologizes to BTS’ Jin and RM for using them as free promo.

There was a lot of anticipation for the comeback of Stray Kids, a K-pop group that won the reality show Kingdom in June of this year. The boyband led by Bang Chan did not disappoint their fans and delivered a powerful track true to the ‘bad taste’ or ‘malatang’ style.

In the video clip released on August 23 at 6:00 p.m. (KST), various traditional Korean elements are evoked on stage, dress, and narrative. This in direct relation to the meaning of the track. “Thunderous” is titled “Sorikkun” in Korean, a term that refers to a traditional music singer.

“The message of the song is that Stray Kids (SKZ), as ‘sorikkun’, go up against the ‘jansorikkun’ (their antagonists) and confidently let out their own sound,” the leader explained in a question and answer note. for K-mean. Seungmin delved into “Thunderous” relationship with the rest of the NOEASY album, an album that aims to showcase the music that SKZ is experimenting with.

“The meaning is something like: ‘Life is not easy because of the critics who tell us to do this or that, but we are Stray Kids and we will not back down.’ If you listen to all the songs on the album, you will notice our musical spectrum, which is much broader and different expressions of it,” he specified.