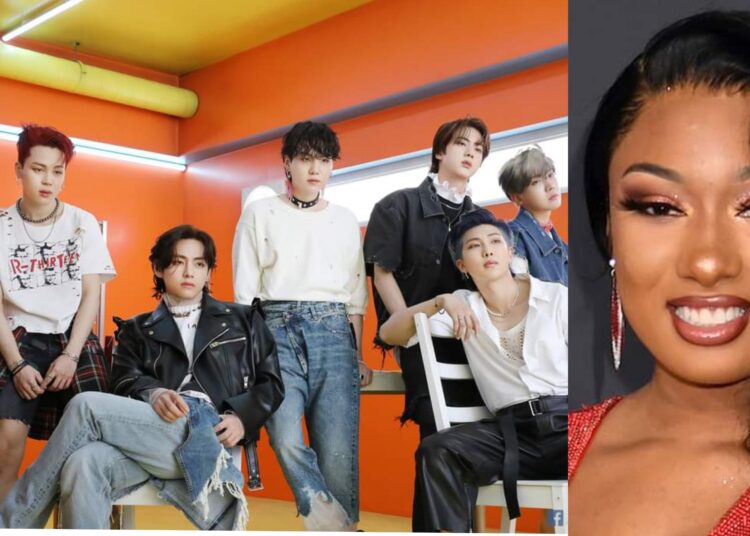 Megan Thee Stallion’s collaboration with BTS revealed, but her team wants to prevent it from being released

According to the court documents, which were obtained by TMZ on Tuesday, August 24, Megan is set to appear as the featured artist on a remix of BTS’ “Butter,” which was originally released as a single in May 2021. The remix of the track is supposed to drop on streaming services on Friday, August 27, per TMZ, but according to Meg, her label is going to extreme lengths to prevent her from releasing the track.

According to Meg, her record label has attempted to thwart the release of her new track by claiming the song wouldn’t be beneficial to her recording career. Megan, however, believes this is an excuse, as she feels that the remix of “Butter” would help to expand her international fanbase given BTS’ global reach. The rapper goes on to suggest that 1501 is trying to force her to pay a 6-figure amount to the label to allow for the song’s release.

This isn’t the first time Megan has been at odds with her record label. In 2020, the rapper sued 1501 Certified Entertainment, claiming the label did little to support her career and locked her into a “ridiculously unsconscionable” contract when she was first signed to them in 2018.

At the time, Megan claimed she was paid a ,000 advance upon signing—a relatively low figure in the music industry—and unknowingly agreed to a deal which saw 1501 claiming massive shares of her streaming, publishing, merchandising and live performance earnings.

Megan also accused the label of attempting to block the release of her 2020 EP, Suga, after she requested to renegotiate her expoitative contract.

The rapper was ultimately granted a temporary restraining order against 1501’s founder Crawford following her suit, giving her the ability to release the EP in 2020–but over a year later, it appears her battle with 1501 still isn’t over yet