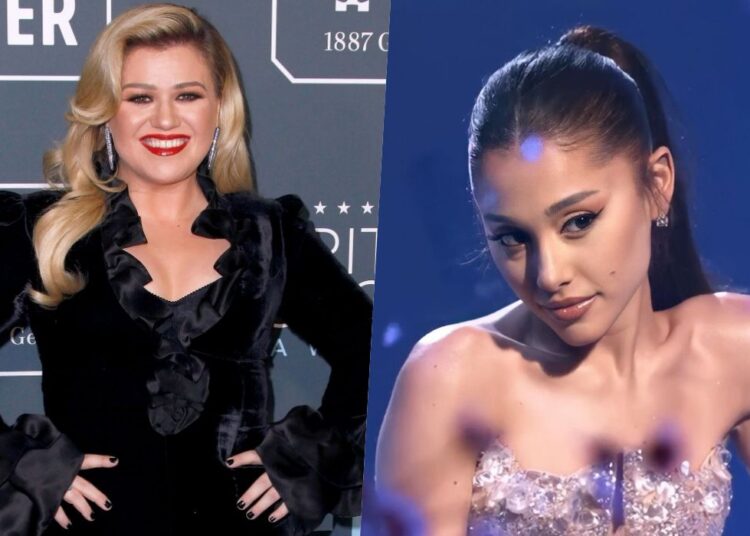 On Monday night, August 23, Kelly Clarkson was a guest on the talk show “The Tonight Show Starring Jimmy Fallon”. She was unable to talk about the new season of The Voice, which will debut on September 20, where she will perform as a technician alongside newcomer Ariana Grande.

When she was asked about her new colleague, Kelly was all praise and she recounted an unusual situation that has to do with the popularity of the “rookie.” She says that in the opening presenter Carson Daly always calls one technician at a time and the audience (who is back) reacts. However, on Ariana Grande’s turn, the shock is obviously greater.

“It looks like it’s the BTS coming in” compared Kelly Clarkson. After all, she knows very well that BTS fans are very warm.

“Now that we are back with the live audience, we have been out for a few seasons, and when we go in, the technicians come in separately. Like, they introduce us: ‘Here comes John Legend’.

Do you know what he is like? It’s kind of silly. So when I walk in, people say ‘whoosh’, John walks in and they do the same, and when Ariana walks in, she literally feels like BTS has walked into the place. They go crazy! And Blake is last and looks very embarrassed.

Blake is like, ‘Can I go before Ariana? This is embarrassing’“explained Kelly Clarkson.

.@kellyclarkson says, when @ArianaGrande walks into "the Voice" stage the live audience loses their minds,

The first episodes of The Voice have been prerecorded and only return in the live phase. In addition to highlighting the great ovation that the singer caused, Kelly Clarkson really enjoys working with Ariana Grande and, also, getting to know her better.

“I love her. We’ve seen each other several times before, but we’ve never really been able to talk. And she is so funny! She is very resourceful” Kelly began.

“We have never had a coach like her. I’ve been there for eight seasons, and in those seasons I’ve never seen a coach talk so much about vocal health…” she added.

BTS’ Jin, RM, and Taehyung share anecdotes from the beginning of their careers