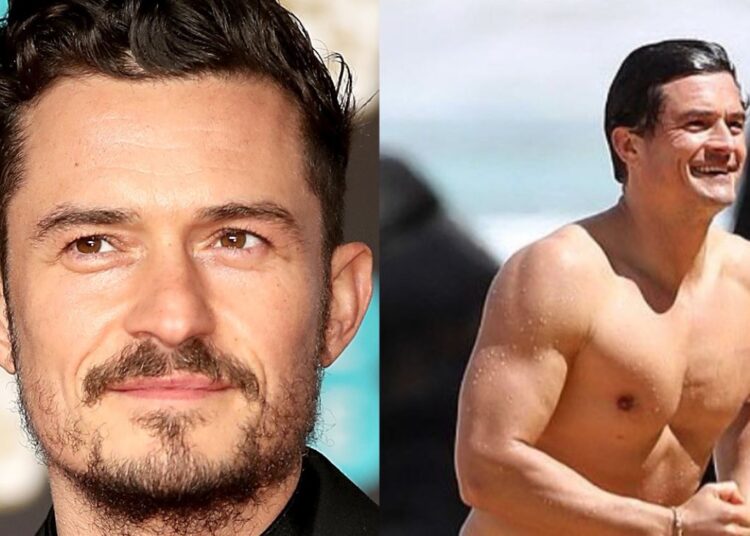 Five years after those insanely infamous photos of Orlando Bloom rowing naked, he has once again proved his propensity by taking it all off. Caught only by lake water, the Pirates of the Caribbean star got to it once more as he shared an insight into what makes his relationship with Katy Perry thrive.

Getting acquainted with nature, Orlando shared a video of himself in the water, having an amazing time, as he yelled while doing a bit of backstroke: ‘Ah, so amazing!‘ The actor made it very clear that he was not wearing anything when shared a photo of himself without clothes next to the lake.

To really get the message across, he placed a peach emoji on his butt and tagged his fiancee Katy Perry. Despite only sharing three welcome emojis as a title, his post ignited his followers, with famous friends who adored the series.

Photographer Amanda de Cadenet simply replied, “Oh my God, Orly,” while Avengers star Josh Brolin reacted with various emojis. Diplo shared some loving heart eyes, while Helena Christensen couldn’t help but fear for the gamblers on the other side of the lake, as she wrote: ‘That family on the other side‘.

You could also be interested in: CUBE Entertainment announces (G)I-DLE’s Soojin to departure the group.

It comes just a few years after images of Orlando and his pack went viral when, in 2016, he was proudly photographed paddling naked with Katy in Sardinia. As the singer sat cross-legged on the board in a bikini, the actor knelt behind her in a cap, sunglasses and her birthday outfit as he paddled.

Of course, Katy did not hesitate to comment on the situation and to excuse her partner, she told The Project: “He is quite an exhibitionist, he is also addicted to adventure.”