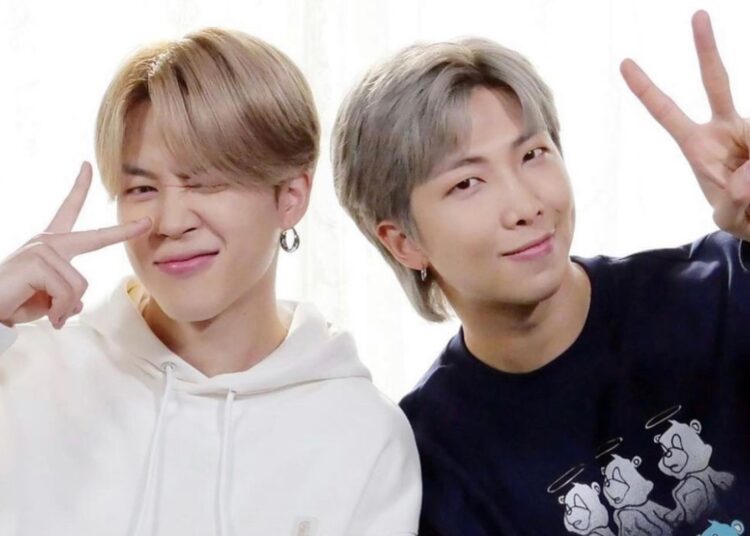 Through a post on Weverse, Jimin and RM had a hilarious moment. Jimin received a hilarious response from Namjoon.

On August 12, RM was active in responding to ARMY comments from him and BTS members on Weverse. The funniest moment for his fans was when they ended up ‘trolling’ Jimin over a declaration of love he made on said platform.

After a couple of weeks, Namjoon entered this interactive idol-fan portal to answer some of the comments. Among the answers that the BTS leader gave was one in which a fan asked him which was his favorite pokémon. The artist confessed that is “Bulbasaur“. 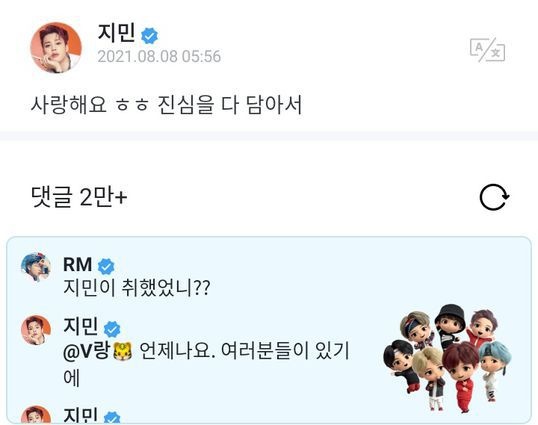 At another comment, a follower wanted to know if he had damaged his cell phone and made mention of the phone model that they have promoted as a group on August 11. One of the first posts RM made was the ‘trolling‘ message to Jimin, who on August 7 had written a declaration of love for ARMY by his hands, it was so lovely.

You could also be interested in: Ryan Reynolds spoke with Bang Chan and praised Stray Kids’ music.

This is the English translation of the comment that went viral. “Jimin: I love you ARMY hehe, with all sincerity in my heart.” and then RM answer: “Jimin, were you drunk?” This moment was classified as a ‘trolling’ by ARMY, who knows perfectly how joker RM is with the BTS members.

But that was not the only post from Jimin that RM answered, since there was another in which he thanked his partner for making him happy. Jimin’s Post said: “Everyone is having a hard time? Please everyone be happy.” and then Namjoon answer to Jimin: “I’m happy because of you.”

The friendship between Jimin and RM is very close. seeing that they have known each other for many years and have managed to create a great friendship to the point of calling themselves brothers.