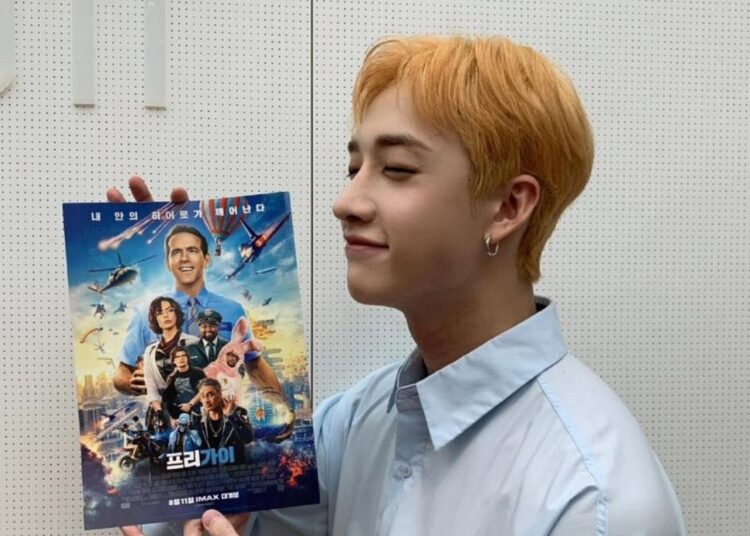 The Stray Kids leader interviews Ryan Reynolds via video call after the two interactions on Twitter. The australian dream came true. Actor Ryan Reynolds spoke face to face with Bang Chan, a member of the K-pop group Stray Kids, in promotions for his movie Free Guy. Previously, both celebrities had exchanged gifts after the boyband did a Deadpool-inspired performance.

In May of this year, Reynolds reacted to the presentation that Stray Kids prepared for the Kingdom program. In response, Bang Chan declared his admiration for the actor and then the Hollywood figure sent his autograph to South Korea. On August 12, a video call interview between the K-pop idol and the American actor was finally released.

Bang Chan confessed that he was very nervous to be able to speak directly with an idol of his. Ryan said that he was very excited because Stray Kids was an incredible group for him. The actor took the opportunity to praise the boyband’s upcoming musical release.

I’ve seen the NOEASY trailer a ton of times. “Cheese” was the first and the one from “Thunderous’ is great, because you guys do something incredible: like mixing music with an action genre… and it’s something I’ll steal,” said the Deadpool interpreter to the singer’s surprise.

You could also be interested in: BTS’ Taehyung cries after hearing Suga’s confession.

Before moving on to questions about the film, Bang Chan thanked the actor for submitting his autograph. “It was so crazy, the members couldn’t believe it. They were very excited.” Ryan Reynolds spoke with the Stray Kids frontman about Free Guy, an action comedy about a man who is an ‘extra’ in a video game.

The actor said that it is one of his favorite jobs because of the fun of the story. At the end of the interview, the film figure said goodbye with a message for the boyband.

“I love you guys very much, I’m a huge fan. Not only do I love what they do, but I love how they do it, because they enjoy it, with authenticity and creativity. I’ve seen all their stuff, the MVs, the songs and they’re great. I am very proud to have met them,” he concluded.

BLITZERS members say they are inspired by V and Jungkook