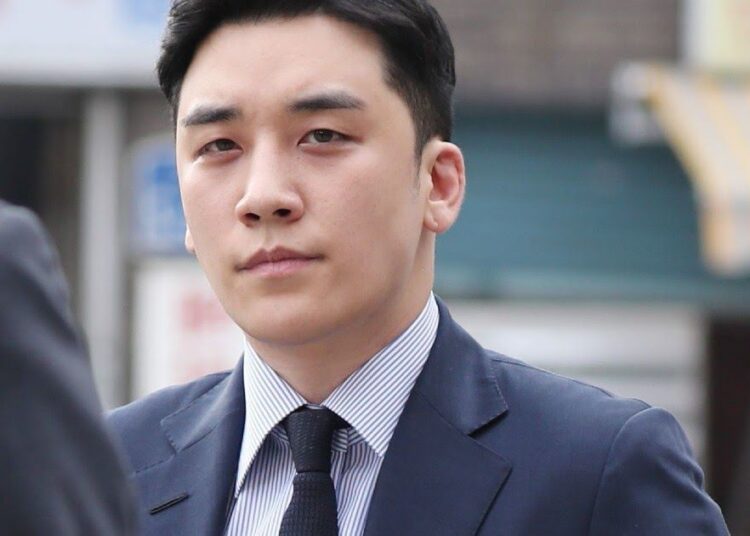 If in the past Seungri was one of the biggest K-Pop idols as part of the group BIGBANG, now he’s in trouble with the law. He was sentenced to 3 years in jail after participating in an illegal gambling and prostitution scheme. He already left the group in 2019 after the “Burning Sun” scandal, which involved other celebrities in the country.

Seungri, 30, was convicted of mediating sexual favors for foreign investors. With that, he received benefits in return. Since he violated the laws of South Korea, he will also have to pay a fine of 5 billion Korean won.

The former BIGBANG member has at the same time denied his involvement in prostitution systems. However, he took on minor financial crimes. Apparently, he did not convince in court. Responsible prosecutors claim that he “never showed remorse and tried to blame other people for his actions” Artists such as Jung Joon-young and Choi John-hoon (formerly FT Island) have also been convicted of the same case.

In BIGBANG, Seungri reached hits like “Tonight“, “Fantastic Baby“, “Loser“, “Bang Bang Bang“, “Let’s Not Fall in Love“, among others. Even before groups like BTS, BLACKPINK, and EXO entered the music industry, BIGBANG was already established in South Korea.

It turns out that for some years the group has not launched new projects, but that could change soon.

In other news related to BIGBANG, according to the Koreaboo website, member G-Dragon recently sent to DAZED Korea magazine that he has written many songs for BIGBANG.

“I’ve been working on music and BIGBANG lately, so I focus on finding keywords related to them, I spend most of my time writing lyrics, so I usually take notes” G-Dragon said.

G-Dragon returned from military service in 2019, and at the time, he promised to deliver new music without specifying whether he would be as a solo artist or with BIGBANG. It is worth mentioning that during his absence, the group was rocked by a series of criminal investigations involving member Seungri, who ended up leaving BIGBANG.

#GDRAGON @IBGDRGN The Cover for the 13th Anniversary Edition of Dazed Korea pic.twitter.com/lLZsUWGHeT