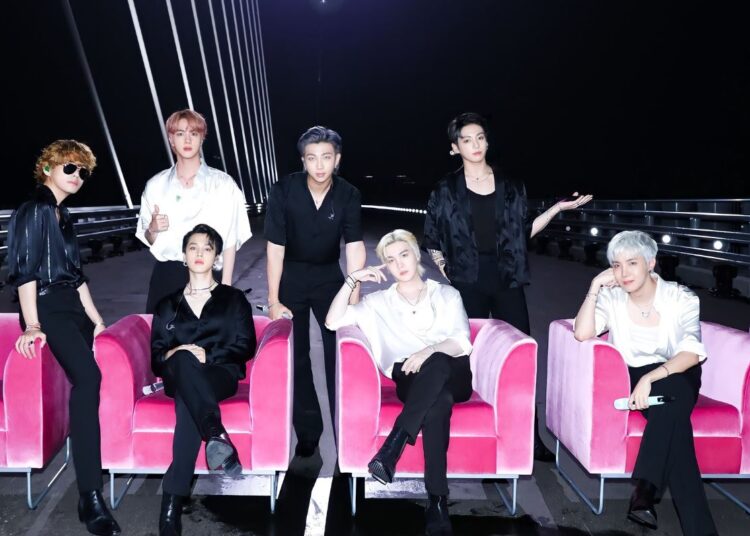 With a traditional Korean dish, Bangtan will join the trend followed by artists who achieve 1 billion streams on the platform. The secret about the plate that BTS will eat on top of their Spotify plate has finally been revealed by Jin. The eldest member of the acclaimed boyband confessed this information, whose mystery sparked all kinds of bets by fans and the media.

Did it match your prediction, ARMY? At the end of July, the K-pop septet achieved a new record on Spotify thanks to “Dynamite”: their successful first single in English surpassed 1 billion streams on the platform.

Consequently, it aroused great curiosity if they would follow the trend promoted by other artists, which consists of eating a dish of their preference on the plate that the transmission site gives as official recognition for the record of streams.

You could also be interested in: EXO’s Kai confesses he thought retiring from music.

Fans and media made their bets, but Bangtan elder Kim Seokjin gave the last word by revealing in the meeting with ARMY for Zoom what they will taste on top of his trophy once they receive it. Like good Koreans, the members of the boyband have chosen to taste Kimchi-jjigae, a variety of stew that has various meats as ingredients.

And of course, the flagship food of their country made from a fermented preparation. Jin’s reveal came as one of the big surprises from BTS’s Zoom reunion with 200 lucky ARMYs, which took place on August 9. What else happened during the video calls? Jungkook, V, Jimin, RM, J-Hope, and Suga also had their individual moment to share personal news.

There was no shortage of previews of joint projects they are preparing. You can review these details in the meeting’s Highlights threads. Also, stay tuned for news from Weverse, as it is reported that the platform will launch official material from this meeting in the coming days.

BTS: The secret message for ARMY that Jin hid in ‘Epiphany’