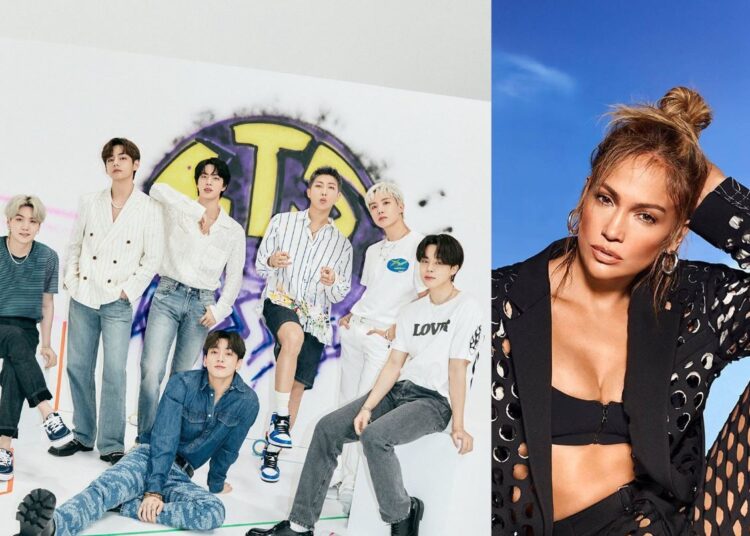 BTS’ music caught the attention of famous singer and actress Jennifer Lopez. The interpreter began to follow the band on social media and also shared an interesting remix of “Permission to dance.” Fans of the boyband wonder if Lopez is hinting at a possible collaboration.

On Tuesday, August 3, the LatinA figure posted a TikTok video created by music producer Carneyval, who mixed the songs “Cambia el paso” by JLo and Rauw Alejandro with BTS’s most recent release. In the Instagram story that contains the remix, the ‘Diva from the Bronx’ tagged the official accounts of the aforementioned producer and BTS.

She added the hashtag #JLOxBTS.

But that was not the only interaction between BTS and Jennifer Lopez. The interpreter of “On the floor” also uploaded to her Twitter account a video of the choreographer Sienna Lalau, who dances to the Carneyval remix. The clip received more than 60,000 ‘likes’.

You could also be interested in: Stray Kids’ Bang Chan apologizes after accusations of racism.

Sienna is familiar to ARMY fandom, as she worked with BTS on the choreography of “Dionysus” and “ON,” songs that the South Korean boyband released in 2020. Although there are no further discussions about a formal collaboration with Bangtan, fans are more than willing to listen to it if the opportunity arises.

BTS has already performed three songs completely in English and some of the members have adopted Latin rhythms for their solos, such as Jimin’s “Filter”. In addition, in an interview for Entertainment Weekly published in July this year, the boyband talked about release a song in spanish.